Tallying new residential sales for August, the latest report conducted by the U.S. Census Bureau and the Department of Housing and Urban Development showed a 27.7 percent increase in sales on a year-over-year basis. However, July numbers bested findings from August, with sales flagging 0.3 percent month-to-month. By region, results from the survey revealed that the West and the Northeast have experienced the strongest improvements in the number of new homes sold year-to-date as of August.

END_OF_DOCUMENT_TOKEN_TO_BE_REPLACED 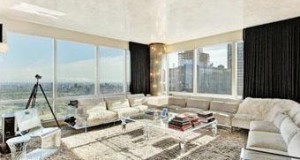 Homebuyers in Manhattan have the chance to live like a hip hop mogul, now that P. Diddy has listed his New York City apartment for $8.5 million. Calling it an "entertainer's dream," Zillow reports that the music man transitioned the three-bedroom property into a more open space, turning the pad into a one-bedroom abode with an enormous media and piano room.

END_OF_DOCUMENT_TOKEN_TO_BE_REPLACED

The most recent Mortgage Litigation Index showed that legal activity in the industry slowed its pace between the final quarter of 2011 and the opening quarter of 2012. According to figures from the first-quarter of the year, the number of total lawsuits dropped from 244 to 216 between quarters. However, the index indicated that while case activity declined on a quarter-to-quarter basis, legal action was up year-over-year, with litigation related to compliance, loan titles, and whistleblower action displaying especially strong increases.

END_OF_DOCUMENT_TOKEN_TO_BE_REPLACED

Redwood Trust Announces New Chairman of the Board

Redwood Trust, Inc., is making significant changes to its directorship, recently announcing the departure of current chairman of the board, George E. Bull, III, who officially stepped down from his leadership role on September 18. Following Bull's transition, Redwood unanimously elected Richard D. Baum as the company's new chairman for its board of directors.

END_OF_DOCUMENT_TOKEN_TO_BE_REPLACED 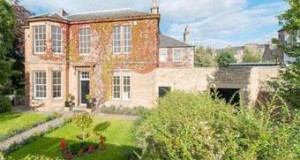 END_OF_DOCUMENT_TOKEN_TO_BE_REPLACED

Prospect Mortgage has been appointed as a new financing partner for Fannie Mae, as the government-sponsored enterprise takes steps to expand its HomePath Mortgage program. Through the collaboration with Fannie, Prospect will now be able to extend funding to borrowers who qualify for the mortgage loan initiative.

END_OF_DOCUMENT_TOKEN_TO_BE_REPLACED 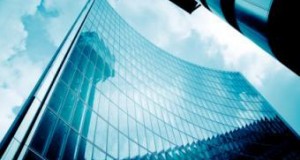 The Federal Housing Administration (FHA) is receiving industry support for its revisions to mortgage-related guidelines on condominium properties. Having been adamant about the need for changes to the previous standards, the Community Associations Institute (CAI) recently spoke out in support of the FHA's decisions, which the group says will create greater stability in the condo market.

END_OF_DOCUMENT_TOKEN_TO_BE_REPLACED

Lending specialist A10 Capital has announced the appointment of a new head of business development for the company's Tri-State market. Adding industry veteran Bruce Dashevsky, A10 is gaining a new leader for development efforts throughout Connecticut, New Jersey, and New York.

END_OF_DOCUMENT_TOKEN_TO_BE_REPLACED

CFPB Names CEO of HOPE to Consumer Advisory Board

The CEO of Hope Enterprise Corporation/Hope Credit Union (HOPE),Bill Bynum, has been appointed to a leadership position with the Consumer Financial Protection Bureau (CFPB). Bynum was named the vice chairman of the organization's new initiative, the Consumer Advisory Board.