Unemployment Rate Inches Up Even as Jobs Numbers Increase

The nation├â┬ó├óÔÇÜ┬¼├óÔÇ×┬ós unemployment rate inched up to 7.9 percent in October, even as the economy added 171,000 jobs, the Bureau of Labor Statistics reported Friday. The labor force--the sum of employed and unemployed--improved in October, causing the bump in the unemployment rate and signaling renewed confidence among those on the sidelines that jobs are available. With its mixed results, the report provides fodder for both President Barack Obama and Governor Mitt Romney four days before Election Day.

END_OF_DOCUMENT_TOKEN_TO_BE_REPLACED

First-time claims for unemployment insurance fell 9,000 to 363,000 for the week ended October 27, the Labor Department reported Thursday. It was the second straight weekly decline and the fourth drop in the last six weeks. The initial claims report has been unusually volatile for the last month, with wide swings in the seasonal adjustment factors used by the Labor Department to "normalize" the data. The seasonal adjustment for next week's report will be "unfavorable," bumping first-time claims higher.

END_OF_DOCUMENT_TOKEN_TO_BE_REPLACED

The number of owner-occupied homes reached 75,076,000 in the third quarter, increasing from 74,832,000 in the second but down from 75,251,000 a year ago, the Census Bureau reported Tuesday. At the same time, the nation's homeownership rate (seasonally adjusted) remained near historic lows, hovering at 65.5 percent. The stagnant homeownership rate combined with a decline in the number of units held off the market suggests opportunities for home sales.

END_OF_DOCUMENT_TOKEN_TO_BE_REPLACED 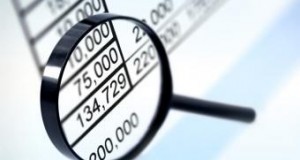 END_OF_DOCUMENT_TOKEN_TO_BE_REPLACED

Led by increases in personal consumption, government spending, and residential investment, the US economy grew 2.0 percent in the third quarter, the Bureau of Economic Analysis reported Friday, faster than economists expected and a strong rebound from the 1.3 percent growth rate in the second quarter. While not an absolutely strong performance, the improvement over the second quarter bolsters arguments that current economic policies are working. Growth is below the longer-term 2.5 percent average, though, indicating a still-weak economy.

END_OF_DOCUMENT_TOKEN_TO_BE_REPLACED

First-time claims for unemployment insurance fell 23,000 to 369,000 for the week ended October 20, the Labor Department reported Thursday. Economists expected initial claims to fall to 372,000. The initial claims report has been unusually volatile for the last month with wide swings in the seasonal adjustment factors used by the Labor Department to "normalize" the data. However, the factor used for this week's report was virtually the same as the factor used a week ago, suggesting the sharp drop in claims reflects a truer reading of the labor market.

END_OF_DOCUMENT_TOKEN_TO_BE_REPLACED

Pointing to slow employment growth and elevated unemployment, the Federal Open Market Committee said Wednesday the Federal Reserve will continue purchasing additional agency mortgage-backed securities at a pace of $40 billion per month. At the same time, the FOMC said it would maintain the target federal funds rate at 0 to 1/4 percent and expected the "exceptionally low levels for the federal funds rate are likely to be warranted at least through mid-2015."

END_OF_DOCUMENT_TOKEN_TO_BE_REPLACED

New home sales jumped 5.7 percent in September to a seasonally adjusted average annualized rate of 389,000, the highest rate since April 2010, the Census Bureau and Department of Housing and Urban Development reported Wednesday. Economists surveyed by Bloomberg expected the report to show a sales pace of 385,000. The month-to-month sales improvement was the strongest since February, when sales improved 27,000, or 8.0 percent. While sales numbers improved, both the median and average sales price of a new home dropped.