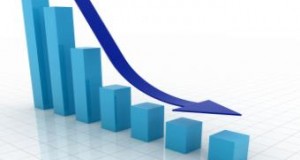 First time claims for unemployment insurance remained over 380,000 for the third straight week for the week ended April 21, the Labor Department reported Thursday, the highest levels of the year. According to the report there were 388,000 initial claims, down from the revised 389,000 one week earlier.

END_OF_DOCUMENT_TOKEN_TO_BE_REPLACED

The Pending Home Sales Index rose sharply in March to 101.4 from February's revised 97.4, the National Association of Realtors said Thursday. Economists had expected the Index to increase 1.0 percent from February. The index is now at the highest level since April 2010 when it reached 111.3. The index improved for the third straight month and fifth time in the last six month. The March reading is up 12.8 percent from March 2011, the strongest year-over-year gain since last July. The PHSI has been drifting upward, albeit modestly for most of the past two years.

END_OF_DOCUMENT_TOKEN_TO_BE_REPLACED

New homes sales fell 7.1 percent in March to a seasonally adjusted annual rate of 328,000, the steepest percentage decline since February 2011, according to the Commerce Department. Sales for January were revised upward from 313,000 to 353,000. Economists had expected the report to show a seasonally adjusted annualized rate of 318,000 new home sales in March. New-home sales in March were up 7.5 percent from March 2011. The median price of a new home fell 1.0 percent in March to $234,500, but was up 6.3 percent from March 2011.

END_OF_DOCUMENT_TOKEN_TO_BE_REPLACED

The Case-Shiller Home Price Indexes fell for the sixth straight month in February, with the 10- and 20-city indices each dropping 0.8 percent from January, according to Standard & Poor's. The 10-city index slid to its lowest level since May 2003 and the 20-city index dropped to its lowest level since October 2002. Prices fell in 16 of the 20 cities surveyed, improving month-over-month in only Miami, Phoenix, and San Diego. Prices were down year-over-year in 15 of the 20 cities, improving only in cities like Denver, Detroit, and Minneapolis.

END_OF_DOCUMENT_TOKEN_TO_BE_REPLACED

Existing-home sales fell to a seasonally adjusted annual rate of 4.48 million in March from a downwardly revised February rate of 4.60 million, the National Association of Realtors reported Wednesday. Economists had forecast the March sales pace would be 4.62 million. At the same time, the median price of a new home rose to $163,800, its highest level since last November's $164,000 and up 2.5 percent since March 2011, the first price increase since December 2010.

END_OF_DOCUMENT_TOKEN_TO_BE_REPLACED

First time claims for unemployment insurance remained over 380,000 for the second straight week for the week ended April 14, the Labor Department reported Thursday, the highest levels of the year. According to the report there were 386,000 initial claims, down from the revised 388,000 one week earlier The prior week├â┬ó├óÔÇÜ┬¼├óÔÇ×┬ós report was adjusted upward by 8,000 Economists had expected initial claims would decrease (from the original report) to 365,000.

END_OF_DOCUMENT_TOKEN_TO_BE_REPLACED

Housing permits surged another 4.5 percent in March to a seasonally adjusted annual rate of 747,000, the highest level since September 2008, the Census Bureau and Department of Housing and Urban Development reported jointly Tuesday. At the same time though, housing starts fell for the third time in the last four months to the lowest level since last October. March housing starts were reported at a seasonally adjusted annual rate of 654,000 compared with 694,000 in February. Starts have been flat for the past three years.

END_OF_DOCUMENT_TOKEN_TO_BE_REPLACED

Builder confidence fell three points in April to 25, matching the lowest point of the year, the National Association of Home Builders said Monday. The month-over-month decline was the first since last September. All three components of the index ├â┬ó├óÔÇÜ┬¼├óÔé¼┼ô current sales, sales six months out and buyer traffic ├â┬ó├óÔÇÜ┬¼├óÔé¼┼ô fell in April, with buyer traffic slipping to a four month low. The builder assessment of present home sales conditions dropped three points to 26. The outlook for home sales in the next six months also fell three points to 32.

END_OF_DOCUMENT_TOKEN_TO_BE_REPLACED

First time claims for unemployment insurance jumped 13,000 to 380,000 for the week ended April 7, the Labor Department reported Thursday, the highest level since the end of January. At the same time the previous week's report was adjusted upward by 10,000, wiping out what had been a four-year low and showing an increase of 4,000 initial claims instead of an originally reported drop of 6,000 for the week ending in late March. Economists had expected initial claims would increase - from the original report - to 359,000. The week-over-week jump in first time claims was the second straight of the year.