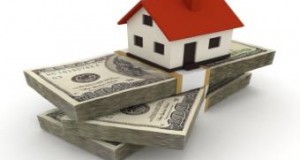 The Federal Housing Finance Agency has released its data from the fourth quarter of 2011, and findings from the government organization├â┬ó├óÔÇÜ┬¼├óÔÇ×┬ós survey show that U.S. home pricing was slightly on the decline during the period. The FHFA├â┬ó├óÔÇÜ┬¼├óÔÇ×┬ós seasonally-adjusted, purchase-only house price index (HPI) demonstrated a 0.1 percent drop in pricing between quarters, and year-over-year, the statistics displayed a decrease of 2.4 percent. In spite of the national trend, however, HPI findings from the FHFA indicated that 27 states and the District of Columbia recorded a rise for the fourth quarter of last year.

END_OF_DOCUMENT_TOKEN_TO_BE_REPLACED

Releasing its February Home Value Forecast, Pro Teck Valuation Services revealed research that indicates that many core based statistical areas (CBSAs) around the U.S. are showing positive momentum. While Pro Teck's report acknowledged market data that demonstrates weak or soft status for many CBSAs, the company's recent statistics point toward a slow improvement for negative conditions throughout the country. Ranking CBSAs from "hot" to "distressed," Pro Teck also rolled out a new evaluation system with its February survey.

END_OF_DOCUMENT_TOKEN_TO_BE_REPLACED

First time claims for unemployment insurance were unchanged at 351,000 for the week ended February 18, following upward adjustments for numbers recorded the previous week which represented a four-year record low. The U.S. Department of Labor also reported that continuing claims fell 52,000 ├â┬ó├óÔÇÜ┬¼├óÔé¼┼ô the fourth drop observed during the first six weeks of the year. Total claims including emergency and extended federal programs fell 178,619 to 7,502,791 for the period, while extended claims ├â┬ó├óÔÇÜ┬¼├óÔé¼┼ô based on individual state unemployment rates ├â┬ó├óÔÇÜ┬¼├óÔé¼┼ô increased.

END_OF_DOCUMENT_TOKEN_TO_BE_REPLACED 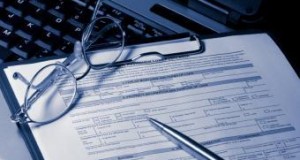 Mortgage application volume contracted by 4.5 percent from the week before, according to the Mortgage Bankers Association. The Market Composite Index, a measure of volume for loan applications, fell 3.6 percent on a seasonally adjusted basis, according to the MBA├â┬ó├óÔÇÜ┬¼├óÔÇ×┬ós weekly survey. Seasonally adjusted purchases declined by 2.9 percent from the week before and rose by 1.4 percent on an unadjusted basis. The adjustable-rate mortgage share of activity declined from 5.4 percent of total volume to 5.3 percent.

END_OF_DOCUMENT_TOKEN_TO_BE_REPLACED

Revealing results from its predictive modeling survey of Las Vegas, Nevada, and Phoneix, Arizona, Carwin Advisors is forecasting the recovery timeline for both metropolitan areas. According to Carwin, Las Vegas will have a longer wait for housing market improvement, while Phoenix is expected to be well on the way to recovery by 2013. Carwin predicts that the housing market will eventually normalize to levels of new and existing home sales that were average for the metro area during the early 2000s.

END_OF_DOCUMENT_TOKEN_TO_BE_REPLACED

Bolstering support for its executive sales and client activities , DRI Management Systems, Inc., is enhancing its leadership lineup. The technology solutions company has hired Michael J. Bailin to the newly added position of regional sales executive for the western states division, and DRI also announced the recent promotion of Nancy Schaefer to the role of senior vice president of client operations.

END_OF_DOCUMENT_TOKEN_TO_BE_REPLACED

Signaling the still-steady role played by eurozone affairs in U.S. markets, real estate Web site ZIllow found interest rates for mortgage loans by and large rising this week. The Web site found the 30-year fixed-rate mortgage ticking up to land somewhere between 3.67 percent and 3.76 percent before arriving at the latter rate Tuesday. For the 15-year loan, the rate hovered around 3 percent, while rates for 5-year and 1-year adjustable-rate mortgages stayed near 2.75 percent.

END_OF_DOCUMENT_TOKEN_TO_BE_REPLACED

Rolling out a new information technology services division, ISGN Corporation is expanding its service offerings for clients in the mortgage and real estate industries.

END_OF_DOCUMENT_TOKEN_TO_BE_REPLACED

The Dow Jones Industrial Average finished by end of day Friday at a clip just below 13,000 points, lifting stocks and shares for all but one of the four major financial institutions. The jump reportedly marks the highest for the Dow Jones since 2008, just before the worst of the financial crisis, as investors got bullish on another round of bailout votes for debt-saddled Greece. The index closed on a .35-percent hike Friday, up 45.79 points, giving Wells Fargo a 2.37-percent boost to wrap up stocks at $31.09 per share.