Mortgage rates continued to show signs of stability this week, with rates for the 30-year fixed-rate mortgage largely repeating a series of bumpy but steady fluctuations. Real estate Web site Zillow fielded 3.88 percent for the 30-year loan, nine basis points down from 3.97 percent last week after a back-and-forth between 3.89 percent and 3.98 percent. The company said that rates for the 15-year loan averaged 3.1 percent this week, with those for 5-year and 1-year adjustable-rate mortgages not far behind at 2.72 percent.

END_OF_DOCUMENT_TOKEN_TO_BE_REPLACED 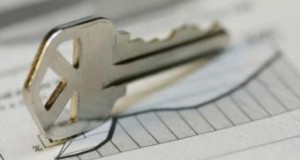 Job and employment figures may keep homeowners near the sidelines, but more Americans still value homeownership and consider it an investment worth making, according to a recent survey. Mortgage giant Fannie Mae polled some 3,000 respondents during the fourth quarter and revealed the figures in a Quarterly National Housing Survey Tuesday. More Americans prefer homeownership to the alternative ├â┬ó├óÔÇÜ┬¼├óÔé¼┼ô renting ├â┬ó├óÔÇÜ┬¼├óÔé¼┼ô and see it as an investment in their futures. The belief in homeownership also extended to respondents across all education levels.

END_OF_DOCUMENT_TOKEN_TO_BE_REPLACED

QBE FIRST has named a new CEO, recently announcing the appointment of Christopher Davies to the executive position. The company will capitalize on Davies' two decades of experience in the banking and mortgage industries to promote the growth of QBE FIRST throughout North America.

END_OF_DOCUMENT_TOKEN_TO_BE_REPLACED

Central Pacific Financial Corp. has announced the addition of a new executive position within the company's subsidiary, Central Pacific Bank. The financial institution has appointed Lance Mizumoto to the newly established role of executive vice president and chief banking officer. Mizumoto has been a part of CPB since 2005, and most recently, he served as the bank's executive vice president of the commercial markets group. During his three decade career in the industry, Mizumoto has garnered extensive leadership experience in corporate banking, commercial lending, and trade finance.

END_OF_DOCUMENT_TOKEN_TO_BE_REPLACED

State regulators shuttered two banks Friday, lifting the national tally to 15 for 2012 so far. Branches fell dark for Rock Spring, Georgia-based Covenant Bank & Trust and Wilmette, Illinois-based Premier Bank. Covenant Bank & Trust went under with $95.7 million in total assets and $90.6 million in total deposits, burning $31.5 million from the FDIC├â┬ó├óÔÇÜ┬¼├óÔÇ×┬ós Deposit Insurance Fund. Stearns Bank signed off on a loss-share transaction to cover $71.6 million in assets from the financial institution. The International Bank of Chicago picked up Premier Bank in a separate transaction.

END_OF_DOCUMENT_TOKEN_TO_BE_REPLACED

Membership for Georgia’s Credit Unions on the Uptick

In Georgia, credit unions are experiencing growth thanks to attractive terms for borrowers. According to the Georgia Credit Union Affiliates (GCUA), the state recorded a 3.3 percent uptick in membership during 2011. The rise in membership represents a 1 percent improvement over credit union growth for 2010. Georgia residents moving their business to the credit union sector cited lower fees and better interest rates for many services as the chief catalysts behind their decision to pursue membership.

END_OF_DOCUMENT_TOKEN_TO_BE_REPLACED

The Goldman Sachs Group Inc. has officially lost its bid to dismiss a lawsuit initiated by hedge fund Dodona I LLC over claims that the company misrepresented a $2 billion offering of collateralized debt obligations. U.S. District Judge Victor Marreno rescinded Goldman's move to have the case dismissed, and Dodona will now continue to pursue its legal proceedings against the company in federal court. Goldman is currently facing several lawsuits related to its RMBS offerings. Specifically, Dodona filed its lawsuit over Hudson Mezzanine Funding 2006-I and 2006-2 CDOs.

END_OF_DOCUMENT_TOKEN_TO_BE_REPLACED

The Pending-Home Sales Index edged down February to 96.5 from January's 97.0 which had been the highest level since April 2010, the National Association of Realtors reported Monday. The index slipped for just the second time in the last five months but was 9.2 percent ahead of the level in February 2011. It remains far below the April 2005 down 26. The index began in January 2005. Pending-home sales are counted when sales contracts are signed, and are viewed as a leading indicator of existing home sales; re-sales should be stronger over the next few months.

END_OF_DOCUMENT_TOKEN_TO_BE_REPLACED 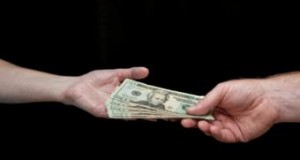 A Dallas-based lender lost privileges Friday when HUD announced that it had permanently banned it from underwriting and originating new mortgages backed by the Federal Housing Administration. Effective immediately, AmericaHomeKey, Inc., will no longer have the ability to churn out loans guaranteed by federal mortgage insurance. The department leveled a number of charges against AHK, claiming that it failed to properly document borrower eligibility for loans in accordance with closing costs, income requirements, and unallowable fees.

END_OF_DOCUMENT_TOKEN_TO_BE_REPLACED

The Lone Star State once again boasted signs of strength in housing in February, with single-family home sales ticking up 6 percent in the fourth quarter last year. The Texas Association of Realtors revealed a blend of varying averages for home sales and values in a quarterly housing report it released this week. Citing several sources, the association found home sales lifting by 12 percent in February, with average prices declining 0.7 percent. It said that sales in Houston and Dallas each rose and fell by 1 percent.