Home >> Commentary >> In the Lap of Luxury

In the Lap of Luxury 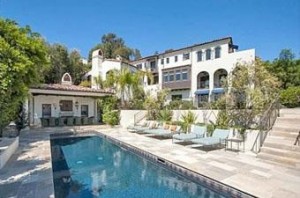 Home prices are rising across the board due to lack of inventory and other factors; however, luxury homes may be feeling the pain—or excitement if they’re trying to sell—a little bit more.

According to a recent report by Redfin, luxury home prices have risen 7.5 percent in the second quarter for 2017 compared to Q2 2016. This is an average of $1.79 million based on 1,000 cities across the U.S. Redfin defines the luxury market as the top 5 percent most expensive homes in a city in each quarter.

To put this in perspective, the average non-luxury home came in at $336,000, up 7 percent compared to last year and for the first time since the fourth quarter of 2014, luxury homes beat homes in the lower 95 percent in home price growth.

“The housing shortage is now affecting the top of the housing market,” said Redfin Chief Economist Nela Richardson. “After five consecutive quarters of double-digit inventory growth, the number of million dollar-plus homes for sale dropped by 9.4 percent. Yet despite the strong uptick in prices, the luxury market is not nearly as competitive as the rest of the market. Only one in 50 luxury homes sold above list price in the second quarter, compared to more than one in four homes in the bottom 95 percent.”

According to Redfin, this increase could be because of the drop in the number of luxury homes on the market. Homes prices at or above $1 million decreased 9.4 percent in comparison to last year. Homes at or above $5 million saw a decline as well—9.5 percent.

The strongest city in the U.S. for luxury price growth is Irvine, California. The average growth in this luxury city came in at 37.4 percent compared to last year.

To see the full report, including more cities that had extreme luxury price growth, click here.

Previous: Where Can Buyers Count on Health Care?
Next: Opportunity Knocks