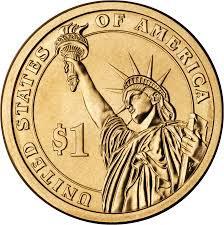 Three months after postponing its $250 million initial public offering (IPO), Thousand Oaks, California-based AmeriHome, a residential mortgage lender and servicer, has revived its IPO plans with a blank filing, making it the first mortgage company to announce plans to go public in 2021.

The company was founded in 2013 by former executives from Countrywide Bank, the banking arm of the failed mortgage lender Countrywide Financial. The October 2020 IPO planned to raise $250 million in an offering of 14.7 million shares ranging in price from $16 to $18, with a listing on the NYSE under the symbol AHM.

AmeriHome revealed its plans to revive the IPO in a U.S. Securities and Exchange Filing.
Back in October, AmeriHome did not issue a public explanation on why it put its initial IPO effort on hold. Bloomberg broke the news by citing an anonymous source, while the Financial Times also cited an anonymous “person close to the situation” who explained the company received word that “investors are concerned that the good times for mortgage lenders are at their peak, with only downside from here.”

AmeriHome is licensed to originate loans in 46 states and to purchase and service loans in 49 states. Primary shareholders in the company include Apollo Global Management and CEO James Furash, a former CEO at Countrywide Bank.

The original IPO effort had Credit Suisse, Goldman Sachs, J.P. Morgan, Wells Fargo Securities, Barclays, BofA Securities, Citi, RBC Capital Markets, and UBS Investment Bank as the joint bookrunners on the deal. AmeriHome did not state if the same companies will be involved in this initiative.

AmeriHome’s delayed IPO in October coincided with a postponed IPO announced by Caliber Home Loans, with plans to raise up to $538 million; Caliber has yet to announce plans to revive its IPO. The first mortgage industry that is scheduled to go public this year is United Wholesale Mortgage, whose IPO is expected to occur on January 22.