Home >> Daily Dose >> Ranking the Most Expensive Markets in the Nation

Ranking the Most Expensive Markets in the Nation 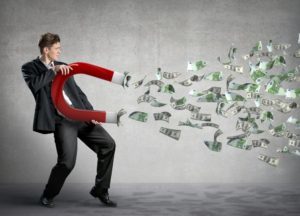 A study by realtor.com found Boston, Massachusetts, to be the priciest real estate market, based on pricing per-square-foot.

Elias Papdopoulos, a broker at Re/Max Unlimited in Brookline, Massachusetts, worries that a tipping point is approaching and Bostonians could head elsewhere.

"When the housing prices climb to a level where the possible income someone would earn is not enough to offset the housing, people will stop moving to the area," he said.

Additionally, realtor.com says the type of house being built in the Boston area isn’t doing much to ease affordability.

A report by the Massachusetts Smart Growth Alliance said that many cities place so many restrictions on multifamily housing that they prohibit such homes from ever being built.

Following Boston was its New England neighbor—New York, New York. The average sales price of $305,000 will fetch you 276-square-feet and cost buyers $1,106 per-square-foot.

The pricing for square-footage varies depending on the boroughs. In Brooklyn, buyers can expect to pay $699 per-square-foot, which drops to $316 in the Bronx but balloons to $10,000 a square foot in Manhattan.

"In today’s environment, where smaller carbon footprints are becoming more in vogue, smaller can be better," says real estate broker and attorney Michael Shapot, of the Shapot Team in New York.

An affordable option, according to Sonja Gosine, spokesperson at Hauseit, is cop-op apartments.

"Co-op apartments, which have subletting restrictions and a board approval process for purchasers, are generally 10% to 40% less expensive than comparable condos in New York City," she said.

Susan Bozinovic, real estate agent with Century 21 Town and Country in Michigan, has seen it happen.

"In the 1980s, my dad sold his Detroit house for $1 just so he wouldn't have to pay taxes on it, given it was in such a bad neighborhood that nobody wanted it," she says, with realtor.com adding Detroit is becoming a haven for millennial buyers.