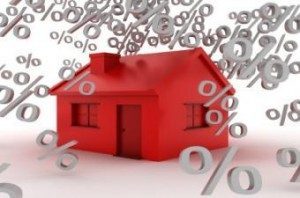 The market share of adjustable-rate mortgages is at its lowest level in years. But the specter of rising mortgage interest rates this year could change that considerably, according to a recent analysis.

According to the November 2016 Mortgage Monitor report by Black knight Financial Services, ARMs made up fewer than 4 percent of mortgage originations in October by count, and fewer than 9 percent by volume. This is the lowest share by count since 2009 and the lowest share by volume since late the end of 2012, when rates were below 3.5 percent.

According to the report, there are currently 5.25 million active ARMs, with roughly one-fifth of those still in their initial fixed-rate term. The total number of ARMS is the lowest since 2002, representing roughly 10 percent of the active mortgage market‒‒which is the lowest share since 2000.

This leaves the risk of initial ARM resets in the market historically low, Black Knight reported. But if rates rise above 4 percent, this could change.

“A look at recent history shows that as rates rise, so does the ARM share of the market,” the report stated. In late 2013 and early 2014, rates were near 4.5 percent, and the share of ARMs “was twice what it is today, and last fall when rates were up near four percent it was over 60 percent higher than today. If this trend holds true and interest rates remain above 4 percent, it’s likely there will be a marked rise in ARM lending in 2017.”

One other factor that could be holding the number of ARMs down is that they typically require high credit scores to get. The average ARM credit score is around 765; over the past three years, scores for ARM customers have averaged 18 points higher than their fixed rate counterparts. This, the report stated, is an inversion from 2004 through 2007, when the average credit score on ARM originations was 10 to 12 points lower than that of the average fixed rate loan.

Also, roughly two-thirds of borrowers who are refinancing their ARMs are converting them to fixed-rate mortgages, which has also reduced the overall ARM mix in the market, Black Knight reported.

Click here to view the complete Mortgage Monitor for November 2016.

Previous: The Week Ahead: Can Appraisers and Homeowners Agree?
Next: FHA Reduces Mortgage Insurance Premiums