10 Best and Worst States to Raise a Family 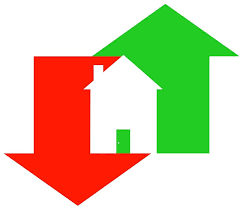 Homebuyers looking at purchasing a new home sometimes look at moving states for a better lifestyle, more affordability or just generally to raise a healthy stable family. According to a WalletHub study, Massachusetts has emerged as the top state to raise a family, while New Mexico has been ranked at the bottom of the list.

WalletHub compared the 50 States across 42 key indicators of family-friendliness for these rankings, with the data set ranging across five key dimensions—family fun, health and safety, education and child care, affordability, and socio-economics.

Mississippi received high marks for lowest child care costs followed by Louisiana, South Carolina, Missouri, and Alabama, while Wisconsin, Nevada, Massachusetts, New Mexico, and New York made up the other end of the spectrum of states with the highest child care cost.

In terms of per capita crimes, Maine, Vermont, New Hampshire, Virginia, and Connecticut were states that had the fewest per capita violent crimes. However Louisiana, Tennessee, Nevada, New Mexico and Alaska ranked high on the Most violent crimes per capita index.

To view the entire report and rankings, click here.

Previous: CFPB’s Laurie Maggiano Leaves Behind a Legacy of Excellence
Next: Investors Are Bullish On Real Estate in U.S.