The True Cost of Poor Credit for Homeowners 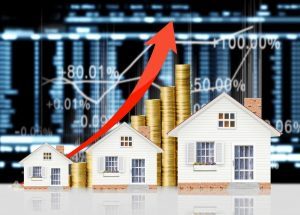 Borrowers with lower credit scores are likely to be paying more in additional costs in mortgage according online loan marketplace, LendingTree’s Mortgage Offers Report for December 2017.

According to the report, consumers with the highest credit scores (760+) saw offered APRs of 4.26 percent in December, against 4.56 percent for consumers with scores of 680-719. The APR spread of 30 basis points between these score ranges was 3 points wider than in November and the widest since this data series began in April 2016.

“The spread represents nearly $15,000 in additional costs for borrowers with lower credit scores over 30-years for the average purchase loan amount of $233,586. The additional costs are due to higher interest rates, larger fees or a combination of the two,” said Tendayi Kapfidze Chief Economist at LendingTree.

The report, which was released on Monday indicated that December’s best offers for borrowers with the best profile had an average annual percentage rate (APR) of 3.8 percent for conforming 30-year fixed purchase loans, up from 3.75 percent in November.

The report contains data from actual loan terms offered to borrowers on LendingTree by lenders, and helps to empower consumers by providing additional information on how their credit profile affects their loan prospects.

“We prefer to emphasize the APR as lenders often make changes to other fees in response to changing interest rates,” Kapfidze said.

The report indicated that while refinance APRs for conforming 30-yr fixed loans were up seven basis points to 4.31 percent, the credit score bracket spread widened to 24 from 20 basis points, amounting to $12,000 in extra costs over the life of the loan for lower credit score borrowers given an average refinance loan of $241,973.

Average proposed purchase down payments have been rising for eight months and reached $63,740 in December, the report noted.

Previous: Nine Chicago Area Neighborhoods “Have It All”
Next: CFPB’s Laurie Maggiano Leaves Behind a Legacy of Excellence