Investors Are Bullish On Real Estate in U.S. 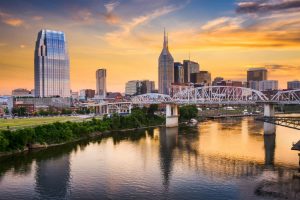 Interest in New York as a real estate investment destination for foreign investors has slipped according to the results of the 26th Annual survey taken among the members of the Association of Foreign Investors in Real Estate (AFIRE), the results of which were released on Monday. London instead has jumped three places from last year to assume the top spot as the hottest property market in the world for real estate foreign investments. Berlin, Los Angeles and Frankfurt were ranked third, fourth and fifth respectively.

The report indicated that for the first time Los Angeles has tied with New York as the No. 1 city in the U.S. for foreign investment in real estate. Significantly, San Francisco, which was on the list of top five global cities for investors since 2011, fell to the eleventh place this year, while Washington D.C. fell 10 places to be ranked twenty-fifth this year.

Explaining London’s rebound as the hottest city for property investment, Edward M. Casal, AFIRE’s Chairman said, “Foreign investors are less concerned about the ramifications of Brexit. At the same time, the London market has been buoyed by several large sales over the last year. London has a number of attributes as a location for investment,including a stable rule of law, transparency, and use of the English language. In addition, a favorable time zone for international business, deep labor pool, and cultural attributes also helped.”

However, U.S retained its top spot as the most stable country for real estate investments followed by Germany and Canada that took the second and third place respectively. The report said that U.S. also continued to lead the world in terms of offering the best opportunity for capital appreciation, followed by Brazil in second place. China and Spain moved up from a tied sixth-place last year, to third and fourth place respectively, while UK fell from its third position last year to fifth place this year in terms of offering the best capital appreciation opportunities.

AFIRE members are among the largest international institutional real estate investors in the world and have an estimated $2 trillion or more in real estate assets under management globally. Some of the global challenges they saw were around interest rate risks, high valuations, the impact of emerging technologies on retail and other property sectors, oversupply in some markets and property types, and possible economic and political missteps which could affect real estate by triggering an economic slowdown or disruption in the financial markets.

To read the complete report and all the rankings, click here.

Previous: 10 Best and Worst States to Raise a Family
Next: Quicken Loans: Homeowners and Appraisers in Agreement