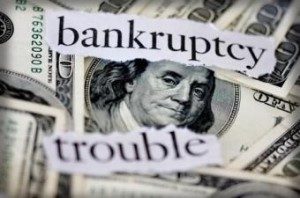 It is perhaps the most stressful moment that a borrower can experience: the realization that they are no longer able to pay their outstanding debts and must file for bankruptcy protection. Since 2013, more than 4 million non-business bankruptcies have been filed in the United States. The circumstances of approximately, two-thirds of those cases required that the estate be administered by the trustee under the rules governed by Chapter 7 of the United States Bankruptcy Code, which calls for (among other things) liquidation of the person’s non-exempt assets. Under the rules, once the Debtor (in other contexts referred to as the borrower) files for bankruptcy all collection activities (including foreclosure of mortgaged properties) must cease.

Unsurprisingly, approximately 25 percent of Chapter 7 bankruptcy estates include mortgaged real estate assets that are severely delinquent (more than 120 days) on their home mortgage payments at the time of filing. Despite their delinquency, many times the disposition of these properties does not take place within the administration of the bankruptcy estate because the property qualifies for the homestead exemption under the rules and the debtor/borrower has a desire to attempt to stay in the home. A borrower that makes a qualified claim of the homestead exemption removes the mortgage form the bankruptcy estate, leaving the property exposed to the continued risk of foreclosure. Unfortunately, despite the borrower’s best intentions, their income level is often insufficient to sustain the required mortgage payments on the home and the result is simply a delay of the inevitable.

Further, if a foreclosure has been initiated prior to the filing of the bankruptcy, many mortgagees are able to successfully petition the bankruptcy court to remove the property from the estate. One of the primary motivations in removing the mortgage is the reality that the disposition of the property within the confines of the bankruptcy requires the trustee to bring value to the estate and by requiring secured creditors to pay funds to the estate at closing of the sale. The assumption is that this process can be seen as a cumbersome task and/or more expensive as compared to proceeding with foreclosure. However, that is not the case.

In either situation the result is simply that the inevitable is delayed and the home is foreclosed upon, eventually continuing through conventional REO disposition channels. The delay of bankruptcy costs money and may have a detrimental effect on the value of the property, exposing the borrower to the potential for a deficiency judgment post-foreclosure and/or a scarred credit history.

There is a better way.

The current system needs a new option in which mortgagees work hand-in-hand with bankruptcy trustees to find a solution in furtherance of their common interests, allowing them to agree on the disposition of properties while still within the confines of the bankruptcy estate. A potential solution for avoiding the delays could be a disposition strategy similar to FHA insured properties that closely aligns with HUD’s revamped and successful Claims Without Conveyance Title (CWCOT) program.

Although in existence since 1987, the CWCOT program has seen increased emphasis in recent years because it allows servicers to avoid the time-consuming and expensive process of conveying the property to HUD. Under the program, an “As-is” Federal Housing Administration (FHA) appraisal is utilized to determine the Commissioner’s Adjusted Fair Market Value (CAFMV) for the property. The mortgage servicer must then bid at least as much as the CAFMV during the foreclosure auction, accepting a trade-off which requires them to make financial concessions on the sale of the property in exchange for lowers costs and preserved property value that results from an expedited sale when compared with REO dispositions.

Currently, trustees may dispose of properties in bankruptcy in a manner that is very similar to the CWCOT process. Under the new system, the disposition of the property would take place via auction (online or otherwise) or a direct sale with a broker, where a reserve price is set at the CAFMV as determined via an appraisal of the property in accordance with HUD policy. An agreed upon criteria such as the CAFMV would allow mortgagees and trustees to better define the parameters of a “pre-approved” deal which can be utilized in any property disposition, leading to fewer objections from the Mortgagee and decreasing the likelihood that a foreclosure will occur. Properties that are able to be sold through this option would have their disposition status resolved eight to ten months sooner than they would be entering into a conventional foreclosure.

Currently, HUD has about a 13 percent market share of originations in the U.S. which means the potential exposure to loans in bankruptcy could be as high as 26,000 loans per year. The cost savings achieved by bringing bankruptcy properties under a CWCOT-like program would not only benefit the mortgagee and borrower, but also HUD and the Mutual Mortgage Insurance Fund (MMI Fund). According to recent data taken from the FHA Single Family Loan Performance Trends Credit Risk Report, as of July 2018, HUD was losing $55,083 on each home sold through REO. In contrast, the report’s data highlighted that in 2018 CWCOT proved to be much more cost-effective than REO, saving FHA approximately $4,800 per disposition that otherwise would have been processed through REO. FHA has also acknowledged that the disposition of property through CWCOT places HUD in a more favorable position. Applying the savings projections to the quarter of chapter 7 bankruptcy estates with average savings applied could potentially save the MMI Fund hundreds of millions of dollars per year, strengthening the financial positioning of the fund and allowing borrowers to share in the savings.

Making this option available to trustees and borrowers would go a long way toward alleviating the current shortcomings of a property disposition process in Chapter 7 Bankruptcies.  From a servicer’s perspective, every property sold through the proposed system would reduce the complexity of asset management, compliance risk, and liability. For trustees, agreeing to this option would mean that they would be fulfilling their fiduciary duty to bring value to the estate they manage. In the end, it’s the borrower who wins, allowing them to proceed more quickly through the process of rebuilding their financial health.

Ed Delgado is President and CEO of the Five Star Institute, a leading mortgage banking association providing education and strategic services to the U.S. residential mortgage market. During his 25-year career, Delgado has held executive positions at Wells Fargo and Freddie Mac. While at Wells Fargo, Delgado played an integral role as a key representative to the U.S. Department of the Treasury, supporting the Bush and Obama administrations' efforts to develop mortgage solutions designed to prevent residential foreclosures in the U.S. Delgado was elected Chairman of the Office of the Comptroller of Currency Advisory Council, an independent working group, and is a current Board Member at Operation Homefront, a national 501(c)(3) nonprofit whose mission is to provide valued programs and aid to U.S. military veterans.