Home >> Daily Dose >> Confidence in the Economy is Surging

Confidence in the Economy is Surging 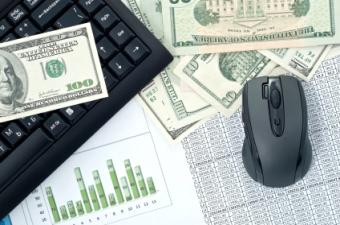 Consumers are much more confident these days about the U.S. economy and their personal finance situations. In fact, they have not been this confident in 15 years, according to one recent analysis.

“Consumer Confidence improved further in December, due solely to increasing Expectations which hit a 13-year high (December 2003, 107.4),” said Lynn Franco, Director of Economic Indicators at The Conference Board. “The post-election surge in optimism for the economy, jobs and income prospects, as well as for stock prices which reached a 13-year high, was most pronounced among older consumers . . . Looking ahead to 2017, consumers’ continued optimism will depend on whether or not their expectations are realized.”

The Conference Board’s results were similar to those reported by the New York Fed’s latest Survey of Consumer Expectations, covering December 2016. The internet-based survey of approximately 1,200 household heads found that the attitudes of consumers regarding their finance situation is improving—in fact, median expected household income growth increased from 2.4 percent to 2.8 percent from November to December after declining each month since August.

“The increase was broad-based across education and income groups but most pronounced among lower-educated and lower-income respondents,” the New York Fed reported.

With the expectation of income growth comes the expectation of more spending. Median household spending expectations moved up from 3.6 percent to 3.7 percent, equaling 2015’s share. Consumers were also more confident in the availability of credit, with 23.4 percent of households saying they believed that obtaining credit a year now would be easier—equaling December 2014’s levels.

Earlier this week, Fannie Mae reported an increase in consumer optimism post-election, but at the same time consumer attitudes toward homebuying had retreated somewhat, primarily due to rising mortgage rates.

“A spike in economic optimism in the immediate aftermath of an election is typical. Whether consumers will sustain this level of optimism into 2017 remains unclear,” Fannie Mae Chief Economist Doug Duncan said.

Previous: Relief May Be on the Way for Credit Unions
Next: Purchase Loan Volume Experiences Spike