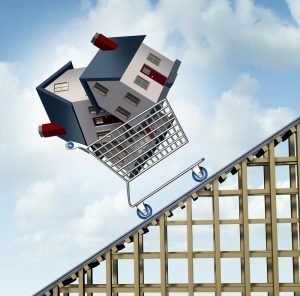 The American Enterprise Institute’s (AEI) International Center on Housing Risk has released a new installment of its National Housing Market Index (NHMI), examining the state of the market in the second half of 2017 and where it’s likely to go in 2018. Chief among the findings: the national home purchase market continued its boom in Q3 2017, with sales transactions up 6.2 percent year-over-year. This was the twelfth consecutive quarter showing an increase in sales transactions, and that’s in spite of a nationwide increase in house prices.

The NHMI report states that “looser lending, lower mortgage rates, and a decline in international buyers has tilted the home purchase market over the last three years from cash sales towards institutional financed sales. Other financed sales have remained stable as a share of the overall market.”

For 2018, the NHMI forecasts single-family home supplies to continue tightening after hitting record lows in November 2017. The report cites the National Association of Realtors, which announced in December 2017 that remaining inventory of existing homes for sale hit a record low of 3.4 months in November 2017, eclipsing the prior record of 3.5 months reached in both January 2005 and January 2017. The NHMI report reads, “Expect new lows to be recorded for December 2017 and January 2018. January is projected to come in at around 3 months.”

The NHMI forecasts home prices to continue accelerating, and predicts year-over-year increases of 6.25 percent – 6.75 percent, up from 6 percent – 6.5 percent in 2017. “The substantial reduction in the utilization of the mortgage interest deduction and commensurate reduction in subsidies, will somewhat reduce upward pressure on home prices,” states the report. “Without the tax act, the prediction for 2018 home price increase would have been even higher: 6.75 percent – 7.25 percent.”

The AEI index also predicts that the barrier for entry for first-time buyers will be even higher in 2018. Year-over-year gains for the bottom third of homes are forecast to come in at 10.5 percent – 11 percent for 2018. “The Agency First-Time Buyer Mortgage Share Index in September set a new series high, coming in at 57.6 percent, up from 56.9 percent a year ago and from 55.1 percent four years ago,” reads the report. “We expect this index to increase modestly in 2018.”

At current levels of wage growth, the AEI NHMI sees the boom in entry-level home prices as ultimately unsustainable. First-time homebuyers will be forced to take on even more leverage to try and keep up with steadily increasing home prices. According to the report, “The AEI First-Time Buyer National Mortgage Risk Index is expected to rise to 17.1 percent for September 2018 agency originations, up from to 16.4 percent for September 2017. Risk scores above 12 percent have a high risk of default under severe economic stress.” All of this means first-time homebuyers will be at greater risk of default as they take on more than they can financially handle in order to acquire a home.

On the GSE front, September 2017 saw a significant year-over-year increase in Freddie Mac’s share of the GSE purchase business, jumping to 45 percent compared to 37 percent a year earlier. AEI’s report states that “GSEs have been rebuilding market share that they lost to FHA after its mortgage insurance premium cut in January 2015. In 2017:Q3, the GSEs accounted for 49% of all mortgage lending, their highest Q3 level since 2013.”

AEI’s index also notes that the majority of refi lending is now cash-out refis, which accounted for 56 percent of all refis during the current quarter. “No-Cash Out refi volume has declined sharply with the increase in mortgage rates in 2016,” says the report, then adding, “We expect 2018 cash-out share and volume to increase.”

According to AEI, “The National Housing Market Index (NHMI) combines AEI Center on Housing Markets and Finance data on the federal agency market with data provided by First American via DataTree.com for the private side of the market and for cash and non-institutionalized lender sales. The combined data set covers nearly 100 percent of the national volume. To account for the small amount of incomplete data, housing data are scaled to estimate total market volume.”

You can read the full AEI NHMI report by clicking here.