Crypto Grows in Popularity to Fund Down Payments 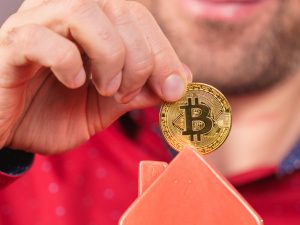 Digital currencies are becoming an increasingly common payment method, as millennials are taking over the housing market.

“With extra time and a lack of exciting ways to spend money, many people began trading cryptocurrencies during the pandemic,” said Redfin Chief Economist Daryl Fairweather. “Some of those investments went up in smoke, but others went ‘to the moon,' or at least rose enough to help fund a down payment on a home.”

The report is based on a Redfin-commissioned survey of 1,500 U.S. residents planning to buy or sell a home within the next year.

The report focuses on the 215 of those 1,500 respondents who answered the question “How did you accumulate the money you need for a down payment?” which Redfin only posed to participants who indicated they were planning to buy their first home. Some 52% said funds were “saved directly from paychecks”, while less common responses included 12% reporting a “cash gift from family” and another 10% “pulled money out of a retirement fund early." 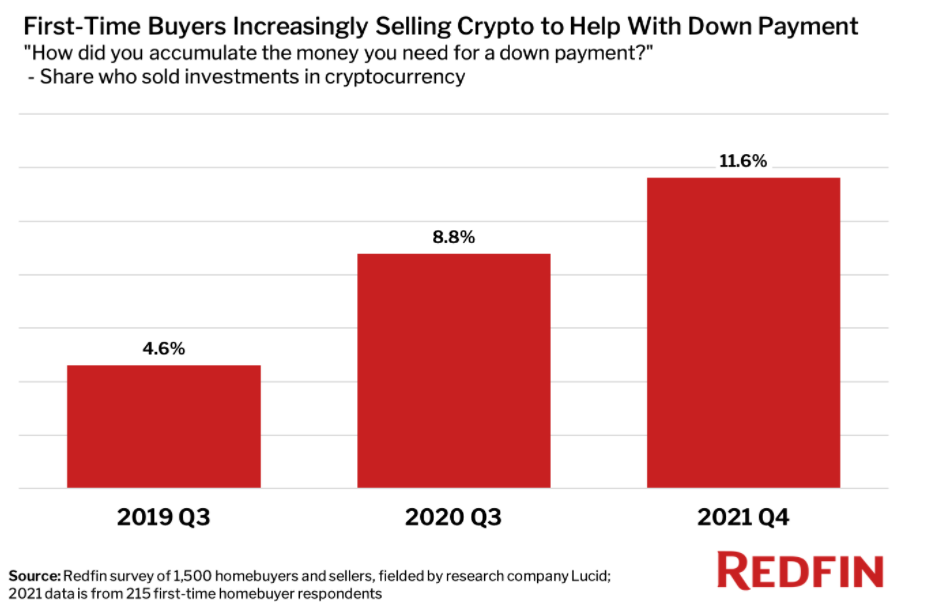 “Crypto is one way for people without generational wealth to win a lottery ticket to the middle class,” Fairweather said.

Bitcoin is the world’s largest digital currency, which hit a record high of nearly $69,000 in November.

Ether, the second most valuable cryptocurrency, also reached an all-time high, though both coins have since lost some of those gains. With surging home prices leading to larger down payments, some buyers are finding non-traditional ways to cover the cost and compete with other bidders.

Digital currencies are also likely on the rise as a payment method among homebuyers because millennials and Generation Z are taking up an increasing share of the U.S. housing market. Millennials, who own more cryptocurrency than other generations, now account for more than half of new mortgages.

Click here for more on Redfin's report on cryptocurrency.

Previous: First-Time Buyers Weigh Their Options
Next: PennyMac Rebrands to Focus on the TPO Market