Factors That Will Impact Home Price Growth in 2021 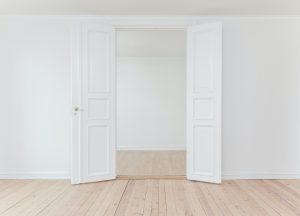 Home prices in 2020 ballooned then leveled out. The demand-side of the sector remains robust and inventories are lean. However, home price growth and rising construction costs threaten housing affordability heading into 2021, according to National Association of Homebuilders (NAHB) Chief Economist Robert Dietz, who wrote about this subject matter for NAHB's Eye on the Economy newsletter.

Inventory is lean and the demand side of the sector is robust, he noted, but "home price growth and rising construction costs threaten housing affordability heading into 2021," Dietz said.

The economist pointed out that projected improvements to the overall macroeconomic outlook—including gains for GDP growth (after an estimated 3.6% drop for 2020) and incremental labor market improvement yielding an unemployment rate approaching 5% during the second half of the year—are reliant on the rollout of the COVID-19 vaccine.

"Thus far, more than 4 million Americans have received their initial vaccine, and millions more are expected in the coming weeks," said Dietz. "Our forecast assumes mass deployment of the vaccine between March and September, which should allow for more normalization of the overall economy and continued strength for housing demand."

Homebuilder confidence remains near an all-time high. New construction on single-family dwellings leveled off in November. Single-family homebuilding increased only 0.4% from October to November but the annual rate of 1.19 million was a 10.1% gain from a year ago, according to NAHB's Dietz.

Data from NAHB's Home Building Geography Index indicate that as part of the suburban migration (related to a rise in remote working and other responses to the pandemic) single-family construction in traditional second- or vacation-home communities increased 24% this year.

As anticipated, new home sales declined (to a yearly rate of 841,000 in November), yet held at 21% above sales one year ago.

Slowdowns during fall 2020 illustrate changes coming for the housing industry in 2021, Dietz said in the newsletter.

Exceptional gains in home-price growth through October (8.4%) are due not only to strong demand but also related to limited inventory, he explained. "Such price gains and construction cost increases (lumber prices are on the rise again, up 60% since mid-November, adding thousands of dollars to the cost of a new home) threaten to price out hundreds of thousands of buyers in the months ahead."

2021-01-11
Christina Hughes Babb
Previous: How Much Did HECM Volumes Increase in 2020?
Next: Predicting the Housing Market’s Reaction to a Vaccine Rollout