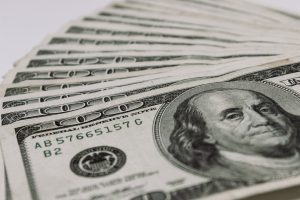 The Ann Arbor, Michigan-headquartered company has publicly filed a registration statement on Form S-1 with the U.S. Securities and Exchange Commission (“SEC”) relating to a proposed initial public offering (IPO) of its common stock. Home Point Capital is planning to list its common stock on the NASDAQ Global Select Market under the ticker symbol “HMPT.” However, the number of shares of common stock to be offered and the price range for the proposed offering has yet to be determined.

Home Point Capital was founded in 2015 and works with a nationwide network of more than 5,500 mortgage broker and correspondent partners. It is the nation’s third-largest wholesale mortgage lender and the 10th largest nonbank mortgage lender, with $46.3 billion in total loan originations for the 12 months ending September 30, 2020. In addition to Home Point Financial Corp., the parent company also operates the wholly owned subsidiaries Home Point Mortgage Acceptance Corp. and Home Point Asset Management.

Home Point Capital’s announcement marks the second time in a week that a mortgage industry company announced plans for an IPO. Last week, Thousand Oaks, California-based AmeriHome, a residential mortgage lender and servicer, has revived the IPO plans it had postponed last October, which sought to raise $250 million in an offering of 14.7 million shares ranging in price from $16 to $18, culminating in a listing on the NYSE under the symbol “AHM.”

The first mortgage industry company that is scheduled to go public this year is United Wholesale Mortgage, whose IPO is expected to occur on January 22. The stock will be listed on the Nasdaq under the ticker symbol "UWMC."

Last August, Rocket Cos., the parent of Quicken Loans and Rocket Mortgage, coordinated an IPO made the company $1.8 billion, with the stock debuting at $18 a share. Since its IPO, the company’s shares, listed as “RKT” on the NYSE, have oscillated between a high of $34.42 and a low of $17.78, and opened trading this morning at $19.90.

Guild Holdings, the parent company of Guild Mortgage, went public in October with its shares trading at their $15 IPO price. Since then, Guild stock (NYSE: GHLD) held steady between a high of $17.94 and a low of $13.13; it opened trading today at $17.36.

Several mortgage companies are waiting in the wings for a possible IPO: loanDepot, Caliber Home Loans, and Finance of America announced plans in late 2020 for public offerings, but have yet to follow through with those announcements.