Predicting the Housing Market’s Reaction to a Vaccine Rollout 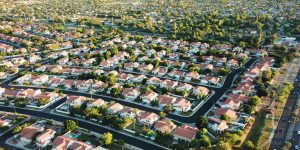 Expect the housing market in 2021 to "settle somewhere in between where we were before COVID and where we were during COVID," says Danielle Hale, Chief Economist for Realtor.com's recent article entitled, "How the Rollout of COVID-19 Vaccines Could Help, and Hurt, the U.S. Housing Market."

More homes will be on the market in the coming year, wrote Clare Trepasso for Realtor.com.

"So desperate buyers won't need to put in offers and waive contingencies before they've even finished touring the properties," she said.

But inventory can only increase gradually.

"Some people will feel comfortable listing their home during the first half of 2021," says Ali Wolf, Chief Economist for Zonda, a real estate consultancy. "Others will want to wait until the vaccines are widely distributed. This suggests more inventory will be for sale in late 2021 and into the spring selling season in 2022."

Realtor.com also predicts prices will not dip, but they also will not continue escalating so rapidly.

Increased new-construction starts of late will take some of the pressure off the market, Realtor.com reports. There are likely to be fewer bidding wars as buyers have more homes to choose from, they say, citing CoreLogic's Chief Economist Frank Nothaft. “The very rapid home price growth that we have seen over the last few months should start to moderate," he said. "I expect price growth to slow."

With the rollout of a vaccine, pandemic-induced trends—such as very low interest rates and suburban migration, to name a couple—could begin to reverse.

"Rates hit record lows as a response to the wounded economy," noted Trepasso for Realtor.com. "As hiring begins again in earnest and people begin spending again, the economy will improve and rates will likely tick up."

As for the suburban shift, "Don’t write off city living"—that's advice from Zonda's Wolf to Realtor.com. "The return to a non-socially distanced life brings with it the draw to be around other people again, especially as restaurants, bars, sporting events, and concerts fully open. As the appeal of cities returns, so will strong demand for townhomes and condos near downtowns."

That said, other real estate trends may prove more permanent.

Bigger families who have found contentment in the suburbs won't likely give up their new lifestyles, for one, say the experts.

"They can get more square footage for their money in the burbs, perfect for a home office or a spot to home-school the kids in, a yard for the children to play in, and a good school district," Trepasso reported. "That's why the suburbs became the place to be during the pandemic. Thanks to Zoom and other technology, they're likely to stay that way, at least for the foreseeable future."

The realization by many homeowners that increased square footage os the key to at-home happiness also isn't apt to dissipate anytime soon.

"They'll have lasting memories of the pandemic," says CoreLogic's Nothaft. "People will want to have more space between them and their neighbors."