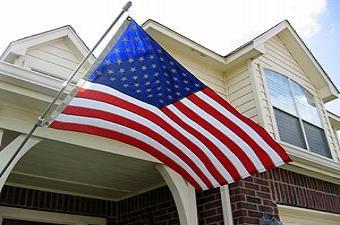 HUD Secretary-Designate Dr. Ben Carson calmly answered questions for nearly three hours before the Senate Banking Committee in his confirmation hearing on Thursday, saying that he wanted to run HUD in order to "heal America's divisiveness."

The questioning came from some Senators who have publicly expressed doubt as to whether Carson’s background qualifies him to lead HUD, such as Sen. Elizabeth Warren (D-Massachusetts) and Committee Ranking Member Sherrod Brown (D-Ohio).

"Although you have many accomplishments in the medical field, there is relatively little in the public record that reveals how you would further HUD's mission to ‘create strong, sustainable, inclusive communities and quality affordable homes for all," Warren wrote earlier this week in a letter to Carson, which included 35 questions about how Carson views the role of HUD Secretary.

Carson responded to questions about his background, stating in the opening of the hearing, "Throughout my life, I have done things that many deemed impossible. I pledge to work with this Committee and the dedicated career staff at HUD to solve difficult, seemingly obstinate issues and address the needs of those who rely on the services provided by HUD."

He continued, "My life story is an example of can happen when we dedicate ourselves to improving the lives of others. Everyone deserves a shot at the American Dream, and I intend to fight for those who are still trying to reach their full potential."

Carson said he believed HUD is in a position to help heal America's divisiveness, noting that "One of our biggest threats right now is this political division, racial conflict, and class warfare. It is ripping this country apart—we need to tamp down this animosity. As Jesus said and later Lincoln built on, 'a house divided against itself cannot stand.'  I see HUD as part of the solution, helping ensure housing security and strong communities."

Mike Crapo (R-Idaho), Chairman of the Senate Banking Committee, said, “Throughout his career, Dr. Carson has achieved a great deal of success. He has demonstrated a fervent intensity for improving the lives of his fellow Americans, and his intellect, leadership, and life experiences are unique, valuable assets for leading an agency like HUD. Dr. Carson has said he plans to continue his conversation with the American people and do a listening tour if confirmed. This is an encouraging sign that Dr. Carson wants to hear from stakeholders and, more importantly, from the American people."

President-elect Donald Trump’s choice of Carson, 65, a retired neurosurgeon and former Republican presidential candidate, as HUD Secretary was surprising to some because Carson's experience has been in the medical field rather than in housing or government. Having been raised in the inner city of Detroit, Carson is passionate about revitalizing urban communities.

On the other hand, Carson has been critical of one of HUD’s key initiatives, the Affirmatively Furthering Fair Housing Rule, which was finalized midway through Julián Castro’s two-and-a-half year tenure leading the Department.

"Since 1968, HUD has been charged with ensuring that all people—regardless of race, ethnicity, or whether they have a disability—have fair and equal access to housing and that its grantees 'affirmatively further' this policy," said Brown, Ranking Member of the Senate Banking Committee. "Here too, Dr. Carson has been critical.  In one of the few statements he has made on housing policy, he called into question more than four decades of civil rights law, and disparaged HUD’s efforts to reduce segregation as “social-engineering schemes” designed to “legislate racial equality."