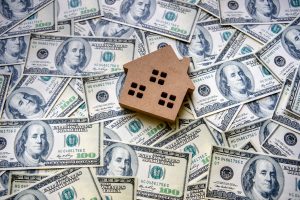 After a slide in mortgage application volume to close out 2021, the new year has begun on a higher note, as this week, the Mortgage Bankers Association (MBA) reported app volume increasing 1.4% week-over-week in its latest Weekly Mortgage Applications Survey for the week ending January 7, 2022.

"Mortgage rates increased significantly across all loan types last week as the Federal Reserve's signaling of tighter policy ahead pushed U.S. Treasury yields higher,” said Joel Kan, MBA's Associate VP of Economic and Industry Forecasting. “The 30-year fixed rate hit 3.52%, its highest level since March 2020. Rates at these levels are quickly closing the door on refinance opportunities for many borrowers.”

The nation’s housing supply remains an issue, as HouseCanary’s latest Market Pulse Report found that inventory levels dropped again In December 2021 to near record low levels. According to MLS data and public records compiled by HouseCanary, December saw 139,832 new listings across the country, a 16.6% decrease over December 2020’s totals.

Making matters worse, as the National Association of Home Builders (NAHB) has reported, over the past four months, the price of lumber has nearly tripled, thus forcing the price of an average new single-family home to rise by more than $18,600. This price hike in raw materials to build a home has added nearly $7,300 to the market value of the average new multifamily home, which translates into households paying $67 a month more to rent a new apartment. According to Random Lengths, as of December 29, the price of framing lumber topped $1,000 per thousand board feet—a 167% increase since late August.

One strong positive was the rise in employment numbers, as the U.S. Bureau of Labor Statistics (BLS) reported the addition of nearly 200,000 jobs in December.

“The Bureau of Labor Statistics reported that the American economy added 199,000 jobs in the month of December, and the unemployment rate was 3.9%, down from 4.2% in November,” said U.S. Secretary of Labor Marty Walsh. “This marks the first time unemployment has been under 4% since the pandemic began, and the largest ever one-year drop in the unemployment rate on record. With strong, steady job growth every month of the Biden-Harris Administration, we added 6.4 million jobs in 2021, reaching 84% of the jobs lost at the start of the pandemic recovered, and empowering workers to secure higher wages, especially for low wage workers.”

Previous: Nationwide Home Price Slowdown on the Horizon in ’22?
Next: Now Is the Time to Readdress Conforming Loan Limits