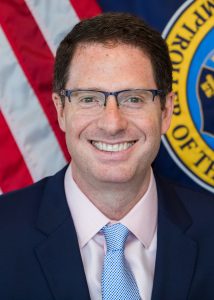 “It has been a great honor to serve the United States as Acting Comptroller of the Currency,” Acting Comptroller Brooks said. “The Office of the Comptroller of the Currency (OCC) is the most extraordinary of federal agencies filled with the most dedicated, professional, and gifted staff any executive can hope to have. I am extremely proud of what we have accomplished together through what have been extraordinary times by any measure.”

According to the OCC's statement, "during his eight months as Acting Comptroller, the OCC acted swiftly to provide relief and support to national banks and federal savings associations so they could use their strength to help consumers, businesses, and communities through the COVID-19 pandemic. It promoted greater financial access and economic opportunity by eliminating regulatory uncertainty regarding valid-when-made and true-lender rules. The agency also continued to implement its new Community Reinvestment Act rule to promote more investment, lending, and services where they are needed most." 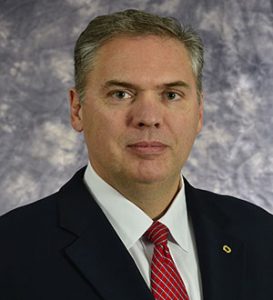 “The nation and the federal banking system are fortunate to have such a stable, capable hand like Blake Paulson to step in and guide the agency with the other Executive Committee members until the next Comptroller is nominated and confirmed,” Brooks said.

According to the OCC announcement, "Paulson is a career bank examiner and has served as COO since June 2020. In this role, Paulson oversaw OCC bank supervision and OCC management operations, as well as staff responsible for Systemic Risk Identification Support and Specialty Supervision, and Supervision System and Analytical Support. Prior to this role, Paulson was responsible for supervising nearly 1,100 national banks and federal savings associations, as well as nearly 1,600 OCC employees as Senior Deputy Comptroller for Midsize and Community Bank Supervision. During his long career at the OCC, he has held a variety of other bank supervision and leadership roles involving banks of all sizes."

Tagged with: Comptroller of the Currency OCC