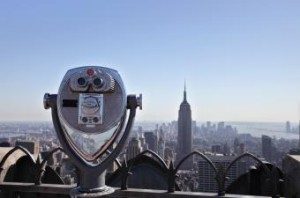 According to PropertyClubs newest survey, the Bronx leads the pack as New York City's “most affordable neighborhood.”

Three Bronx's neighborhoods: Parkchester, Bedford Park, and Fieldston, as well as Lindenwood and Briarwood in Queens, all have median prices under $300,000.

However, it’s the Bronx’s Parkchester that comes out on top as the most affordable in one of the country’s most expensive residential areas. Parkchester is the only neighborhood in NYC where median sales prices came in below $200,000. The second most affordable neighborhood, also in the Bronx, is Bedford Park, where median sales prices are $225,000.

According to PropertyClubs, the Bronx is the overall most affordable borough in NYC, based on property sales from January 1-December 31, 2020, with a median sales price of $519,000. Citywide, the median sales price is $700,000, with the Bronx, Staten Island, and Queens being the most affordable boroughs, and Brooklyn and Manhattan being the most expensive.

On PropertyClub’s list, four other Bronx neighborhoods round out the top 10 most affordable neighborhoods: Soundview, North Riverdale, Spuyten Devil, and Riverdale. Glen Oaks in Queens was also in the top 10. An additional 15 Queens and Bronx residential neighborhoods complete the overall list of top 50 affordable places to live in New York City.

Previous: Refinances Fuel Spike in Mortgage Applications
Next: Brian Brooks to Step Down as Comptroller of the Currency

With more than 30 years of writing/editing experience, Kristi Froehlich has crafted any number of brochures, blogs, articles, emails, speeches, press releases, web copy, and social media posts in her career. Over the years, she has written in several voices, including as C-suite executives, as a dog named Scout who spoke to hospital compliance issues, a NASCAR driver touting Prilosec, and more. She’s handled B2B and B2C pieces as well as internal communications, merger and acquisition pieces, and external audiences.