More Americans Relocating Out of State for Retirement 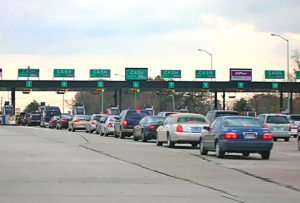 Nearly 400,000 American retirees moved their residences during 2020, the highest number in five years.

The study also found 38% of seniors moved for retirement chose to live a different state, compared to 19% of the general population’s relocation habits. During 2020, Virginia was the top state destination for relocation, attracting 15% of the senior migration, followed by Florida (13.5%), Wyoming (10.3%), Pennsylvania (7%), and Idaho (4.9%).

“Virginia is known for its tax-friendliness, good access to healthcare, and lower cost of living than Florida,” said the study. “It may well have been these factors that allowed it to edge out the Sunshine State as the top destination in 2020.”

Furthermore, relocation patterns differed by gender and marital status. Single male retirees overwhelmingly chose Florida as their new home, with up to 15% of men in 2020 choosing the Sunshine State for their post-career years. Florida also attracted 16% of married retirees who moved out of their home state. But retiring single women were mostly aiming for a new chapter in Virginia, which attracted 17% of women retiring out of state.