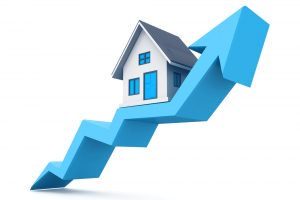 Potential homebuyers are having their plans hampered by limited availability and affordability, leading some to reconsider staying in their current home and renovating instead. That’s according to a new report by the National Association of Home Builders, released recently during the NAHB International Builders’ Show in Orlando, Florida.

NAHB reports that housing starts increased 9 percent year-over-year in 2017, but housing availability and affordability remains serious obstacles to many homebuyers. Of the potential homebuyers surveyed by NAHB, 65 percent don’t see any relief for these problems coming in 2018. Of those surveyed, 79 percent of prospective buyers told NAHB that they can only afford half the homes in their markets.

Rose Quint, Assistant VP of Survey Research for NAHB, said, “These potential buyers see a problem with housing availability. They know it’s a tough nut to crack, but they are not deterred. They are still planning to buy a house in the next 12 months.”

The inventory and affordability issues are also leading more homeowners to stick in their current homes longer than they otherwise would. According to NAHB, homeowners are staying in their homes an average of 12-13 years, and that longer timeline means many homeowners are looking to renovate.

NAHB reports that the top five renovation projects homeowners are considering include changing paint colors (48 percent), changing flooring (43 percent), or fixing up their kitchen, bathroom, or outdoor areas. That holds true for both luxury homes and mainstream homes (the latter defined as those owned by homeowners with an income of less than $125,000 per year).

Per NAHB’s surveys, homes built in 2018 will likely include “a walk-in closet in the master bedroom, separate laundry room, a great room, nine-foot ceilings on the main floor and granite kitchen counters.” Energy-saving perks such as Energy Star-certified windows and appliances are also on track to be very popular in the year ahead.

Furthermore, apparently not every potential homeowner puts a premium on having a lot of space. According to NAHB, 53 percent of respondents said they would consider buying a home smaller than 600 square feet at some point in their lives, with Gen Xers and millennials considerably more open to the idea than Baby Boomers or seniors.

You can find out more about the NAHB’s homebuyer survey data by clicking here.