Where the Mortgage Market Falls Short 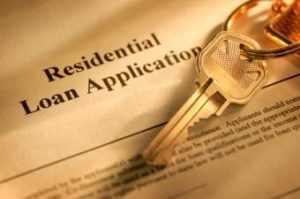 Self-employment may provide some professionals a sense of freedom and control they may not feel in full-time salaried positions; but when it comes to purchasing a home, these professionals may have fewer options than their salaried counterparts.

In the years leading up to the Great Recession, self-employed households had higher homeownership rates than salaried households; but today the tables have turned, according to new research from the Urban Institute.

The housing crisis took a greater toll on self-employed households than on salaried households. Homeownership and mortgage use fell more among the self-employed than among those earning regular salaries, according to the research.

“The mortgage market is not adequately meeting the lending needs of self-employed households,” stated Karan Kaul and Laurie Goodman in a blog post on the Urban Wire.

With 8.5 percent of all U.S. households headed by a self-employed professional, the researchers stated, “self-employed Americans are too large a segment of the economy to be left behind in mortgage access.”

Over the same time period, from 2001 to 2007, self-employed households had a homeownership rate of 79.2 percent, a notable 13.4 percentage points higher than that of salaried households.

As of 2016, that gap narrowed to 10.2 percentage points, and the homeownership rate for the self-employed was 72.9 percent.

While the researchers do not have data on how self-employed homebuyers who do not obtain a mortgage finance their homes, Kaul said in an email, "One possibility is they are wealthy self-employed folks (restaurant or gas station owners types) who may not need to borrow."

The culprit, according to the researchers, is “tougher mortgage availability or requirements” faced by self-employed homebuyers when applying for mortgage loans.

“Absent major changes to mortgage eligibility rules, the homeownership gap between salaried and self-employed households will likely persist or even widen in the coming years,” Kaul and Goodman said.

Previous: How Home Lending Impacted the Big Banks
Next: An Eye on Affordability