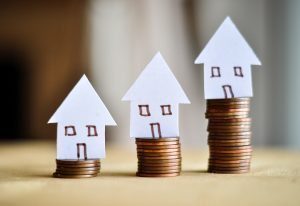 Housing may be key to keeping the U.S. economy safe from slowing investment practices, according to Bloomberg utilizing data from the Atlanta Fed. According to Bloomberg, the stronger U.S. housing market could provide a cushion from the effect of a "derailment" in corporate spending.

Economic growth, though slow, has been propped up largely by housing, according to the Fannie Mae Economic and Strategic Research (ESR) Group. The Group notes that housing should also continue to function as a positive contributor to growth in the near term, as indicated by both new and existing single-family home sales advancing in Q3, as well as pending home sales, permits, and starts. However, persistent supply and affordability constraints continue to hold back household formation, inhibiting housing market activity.

According to Bloomberg, earnings announcements show order books are growing at a few builders, including Lennar Corp.

“The indicators that we see and hear from our customers reflect confidence in the stability of the economy and in the job market,” Stuart Miller, Lennar’s Chairman, said on the company’s recent earnings call.

Increased residential construction spending could help limit the negative effects of capital-spending weakness, despite not taking up a large segment of the economy.

Additionally, more Americans are looking to buy a home, putting pressure on builders to address inventory shortages, leading to a potential for faster economic growth as the housing market gains more traction.

The housing market is expected to "continue to stand firm" as home sales rise to 6.0 million for 2019 before increasing to 6.1 million for 2020 according to Freddie Mac's November Forecast.

“The economy has seen increased volatility in November as hopes for a favorable resolution to the trade dispute have recently waned,” said Sam Khater, Freddie Mac’s Chief Economist. “However, given low interest rates, modest inflation and a solid labor market, the U.S. housing market continues to stand firm, and our forecast is for the housing market to maintain momentum over the next two years.”