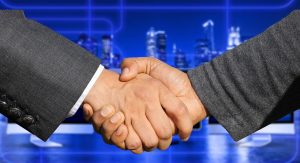 First Community Mortgage (FCM), a wholly owned subsidiary of First Community Bank of Tennessee, has announced its acquisition of A Mortgage Boutique (AMB), a nonbank lender. Both companies are headquartered in Murfreesboro, Tennessee.

The financial terms of the transaction were not publicly disclosed. FCM stated that it expected the acquisition to close within the next month.

AMB was founded in August 2019 and operates in Tennessee, Alabama, Florida, Kentucky, Virginia, and Ohio. During 2020, AMB funded $670 million in loans.

Following the completion of the acquisition, FCM’s wholesale division will be rebranded as the AMB division. Retta Gardner, Co-Founder of AMB, will become Executive Vice President of the newly renamed division. AMB Co-Founder and President Nancy Skinner and KJ Harden, who leads AMB’s retail sales, will also become part of the division.

“We are pleased to join with our friends at First Community Mortgage, knowing our combined organizations are truly better together,” said Gardner. “This merger will enable us to continue to serve our clients, while also enhancing the service experience by leveraging a deeper set of resources. As we begin working together, we’ll focus the strengths of our remarkable alignment on continued growth and leadership in the mortgage industry.”

“We are excited to partner with the team at AMB,” added FCM CEO Keith Canter. “There is strong alignment between our two organizations, particularly in the value we place on people–employees, clients, and business partners–and the communities we serve. These strong FCM-AMB synergies will especially enhance our ability to serve additional clients.”

FCM funded more than $3.5 billion in loans in 2020, an increase of nearly $2 billion from the previous year. The AMB acquisition is the latest expansion of FCM’s operations—in the past four weeks, the company has grew its staff with the hiring of mortgage industry veterans Greg and Michelle Janicki to establish a lending team based out of its Atlanta branch, hired Eric Holmes as an AVP serving its Central Ohio operations, and named Crissy Salyer as a Regional AVP based in Charlotte, North Carolina.