Home >> Daily Dose >> Mnuchin and Senate Gearing Up for Hearing

Mnuchin and Senate Gearing Up for Hearing 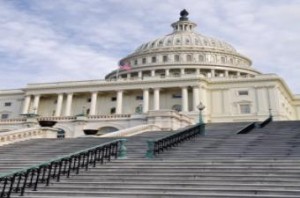 One day before President-elect Donald Trump is scheduled to be sworn in as the 45th President of the United States, his pick for Treasury Secretary, Steve Mnuchin, will sit on the hot seat for his confirmation hearing in the Senate Committee on Finance on Thursday, January 19.

Stakeholders in the housing industry will be watching closely, since Mnuchin has vowed to end the government’s controversial conservatorship of Fannie Mae and Freddie Mac, which began more than eight years ago and was meant to be temporary.

“We will make sure that when they are restructured, they are absolutely safe and don’t get taken over again. But we’ve got to get them out of government control,” Mnuchin said, according to Bloomberg, when he was nominated for Treasury Secretary in November. Mnuchin has also said he would roll back key provisions of the Dodd-Frank Act.

“Part of Treasury's mission is to encourage a strong economy and promote growth and stability across the market, which Mr. Mnuchin, with his background in banking and entrepreneurship will be well suited for,” said Ed Delgado, President and CEO of the Five Star Institute and a former executive with Wells Fargo and Freddie Mac. “He has promised to cut back regulations and advance GSE reform, two priorities essential to progress across the industry and economy.”

Sen. Orrin Hatch (R-Utah), Chairman of the Senate Committee on Finance, praised the nomination of Mnuchin for the Treasury Secretary position.

“Mr. Mnuchin is an effective choice to lead our Treasury Department,” Hatch said. “Getting America’s economy back on track is a top priority for this new administration and his wealth of private sector experience will serve him well in this new role.  He understands that advancing meaningful policies to reform the tax code, promote investment and spur job creation are essential to growing our economy and ensuring middle-class families get to keep more of their paychecks. I look forward to having Mr. Mnuchin before the Committee to further examine his numerous qualifications to lead the Department.”

"Our staff is continuing to carefully and thoroughly vet Mr. Mnuchin to ensure that he will put the interests of working families before his own,” Wyden said. “I look forward to asking tough questions about his history of predatory lending and his plans to create prosperity for all Americans, not just the ones at the very top.”

Tim Rood, Chairman of Washington, D.C.-based business advisory firm The Collingwood Group, said of Mnuchin's plans, “A resolution of the conservatorship of Fannie and Freddie appears likely with Mnuchin as Treasury secretary. His experiences at Dune Capital, particularly the IndyMac/OneWest purchase and turn around, will most certainly influence his decision-making calculus, but as a representative of the U.S. government this time around.”

Democrats and progressive groups have been critical of the choice of Mnuchin as Treasury Secretary. Sen. Elizabeth Warren (D-Massachusetts), a prominent opponent of Wall Street, called him the "Forrest Gump" of the financial crisis because "he managed to participate in all the worst activities on Wall Street."

In response to Warren's comments, Republican fundraiser and Trump supporter Anthony Scaramucci tweeted, "@SenWarren let's stop the name calling and demonization. We have common goals to help the American people. Lunch on me anyplace anytime."

The hearing will begin at 10 a.m. EST on Thursday, January 19. Click here to view the hearing live at that time.