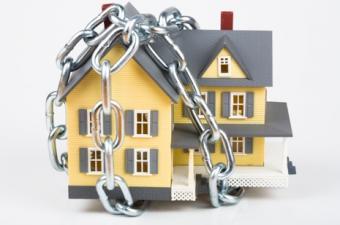 Thanks to rising interest rates, the average U.S. millennial homebuyer has lost 9 percent in mortgage capacity since the October 2016, according to Fitch Ratings.

Since October, 30-year mortgage rates have increased from 3.42 percent to 4.2 percent and, as a result, since September, the median mortgage that borrowers under 35 could afford dropped from $120,000 to $109,000 as of early January.

“Historically low rates have been one of the few factors that have helped young adults to buy homes,” Fitch Ratings reported. “If rates continue to rise, particularly if the rise occurs rapidly over a short time period, this could add yet another obstacle to homeownership. Many first-time homebuyers have seen mortgage capacity eroded by tight loan underwriting standards, rising student loan payments, high rents, and stagnant wages.”

Throw in the recent data that homeownership is low on Americans’ 2017 to-do lists, as well as the rising amounts of student loan debt college graduates are dealing with, and this is just one more hurdle millennials must jump before buying a home is an option.

“The growth in the cost of higher education outpaced consumer price inflation for several decades,” the report stated. “This led to an increase in both the number of student loan borrowers and the average amount owed. The median student loan monthly payment in 2016 was $203, according to the Federal Reserve Bank of Cleveland.”

Tighter lending standards are also boxing the millennial out of the market. FICO scores on conventional loans for first-time buyers are “notably above the 720-730 range level typical prior to the crisis,” Fitch Ratings reported.

As a result, more and more millennials are choosing to live with their parents, avoid high rental costs, and put off homeownership for the foreseeable future.

“The homeownership rate for under 35-year-olds experienced a large drop,” the report stated, “declining to 35 percent in 2016, from 41 percent in 2000, according to the US Census Bureau. During this time, rental costs increased faster than the incomes millennials earn.”

Though these may be short-term decisions for millennials themselves, as a whole, the trends could have a lasting effect on the economy and housing marketing in general.

“For younger Americans forced to defer or abandon plans to buy a first home, the long-term financial effect of missing out on home-equity creation could be significant,” the report stated. “Long-lasting shifts in savings and consumption patterns, while difficult to isolate now, will likely emerge more prominently in the coming years. This could mean other long-run affects including downward pressure on durable goods consumption, urban population growth and a decline in affluence, translating into lower birth rates, and less secure retirements.”

Previous: Radian and LendingQB Expand Partnership
Next: Is This the Season for Homebuying?