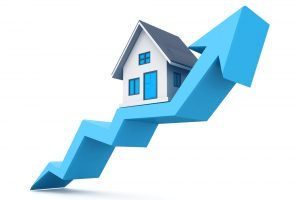 Median home prices rose 8.1 percent year-over-year according to the January National Housing Report by RE/MAX. The report indicated that 50 of 54 markets surveyed by RE/MAX reported price increases even the sales in December 2017 dropped 3.3 percent from a year earlier, with 39 markets reporting fewer transactions.

The report indicated that a monthly supply of inventory of 3.7, which is the lowest December figure recorded in the nine-year history of the report, made sales harder. This corresponded with a 14.6 percent decline in inventory, lengthening a streak of monthly declines that began in November 2008. Even though the speed of home sales was recorded at 57 days, the overall days on the market median for 2017 was at 52.5 days—nearly a week less than the 2016 median of 58.5 days.

“We see the median sales of home prices across the country rising every month, year-over-year, but the days on market and the supply of homes sales hit record lows in December,” said Adam Contos, Co-CEO of RE/MAX.

In 2017, homebuyers paid record prices to buy homes, led by June’s median price sold of $245,000. Prices increased year-over-year in every month of 2017, with December marking the 21st consecutive month of year-over-year price increases, the report said.

“If inventory keeps getting tighter across the country, it’ll be interesting to see how it might affect sales,” Contos said.

In terms of closed transactions, the overall average number of home sales decreased by 2.5 percent in December compared to November 2017 and decreased 3.3 percent compared to a year-ago period. However, 15 of the 54 metro areas surveyed experienced an increase in sales year-over-year and included Trenton, New Jersey; Richmond, Virginia; Burlington, Vermont; and Raleigh-Durham, North Carolina.