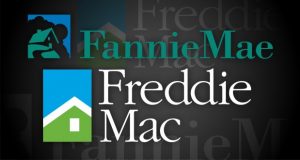 Fannie Mae and Freddie Mac have issued an additional set of guidelines for lenders to help them assist borrowers, especially federal workers, whose income has been affected by the government shutdown. In a joint letter to lenders, the government-sponsored enterprises (GSEs) said that with the shutdown extending for a longer than anticipated time, they were "concerned about the impact that continued income interruption may have on borrowers' ability to meet their mortgage payment and other monthly obligations."

As a result, the GSEs in consultation with the Federal Housing Finance Agency (FHFA) gave additional guidelines. They include imposing a minimum reserve requirement, which serves as a compensating factor to offset the risk associated with the interruption of income. "Additional flexibility is also now available with regard to the verbal verification of employment (VOE) and our paystub age requirements," the letter said. "These temporary requirements apply to borrowers impacted by the shutdown and will automatically expire when the federal government resumes full operations."

The letter also issued additional guidance on liquid financial reserves as well as verification of employment and income for loan underwriters. While the liquid finance reserves guidance applies to loans other than those with high loan-to-value (LTV) refinances, the ones on employment and income verification apply to all impacted loans without regard to the application date.

The guidelines in this letter are in addition to the ones that were issued by the GSEs on December 26 after the government shutdown first came into effect. In that letter, the GSEs had addressed potential challenges associated with selling policies, government verifications, selling loans requiring flood insurance, and conditions of loan purchase. The letter had also issued guidance on loan servicing policies.

The government shutdown entered its 27th day on Thursday and has impacted 800,000 federal workers who are either working without pay or are on furlough.

Read more about the impact of the government shutdown:

Tackling the Effect of the Shutdown

Why the Shutdown Is Hurting Everyone

The Shutdown’s Effect on Homebuyers

Previous: What Is in Store for Home Values?
Next: CFPB Seeks Clarity On Military Lending Compliance