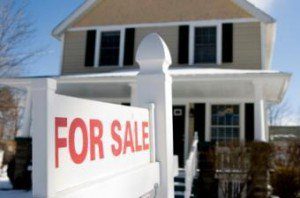 The past year saw extremely high demand for homeownership, causing nationwide home prices to rise considerably higher by the end of the year. This surge in demand can be attributed to low mortgage rates, home prices still lingering below 2007 peak evaluations, and rising rent rates at the beginning of 2016.

Zillow’s 2016 December Market Report offers a figure of $193,800 as the median home value for December, a 0.6 percent increase from the previous month and a 6.8 percent increase from the end of 2015. The figure still falls short of the April 2007 median home price high of $196,600, but the shortage of inventory will likely continue to propel prices higher throughout the beginning of 2017.

Total home inventory was down for December by 4.6 percent when compared to the close of 2015. The total amount of homes available for sale throughout the United States was 1.418 million in December, a steep decline from the July 2011 high of 2.349 million.

However, there were some regions which experienced considerable increases in inventory: Las Vegas, Nevada saw a stunning inventory increase of 25.7 percent for the year, while Austin, Texas and Miami, Florida incurred inventory gains of 15.1 and 14.6 percent, respectively.

In contrast to the impressive annual increase in home prices for 2016, rent rates did not have any meaningful gains during the last 3 quarters of 2016. According to the Zillow Rent Index, the national median rent came in at $1,403, which was only 1.5 percent higher than rent rates in 2015.

The top three cities where rental rates grew the fastest were Seattle, Washington at 8.4 percent, followed by Portland, Oregon’s increase of 6.8 percent, and lastly Sacramento, California at 6.7 percent.

Pittsburgh, Houston, and Virginia Beach were three large markets where rent rates actually decreased in the YOY comparison for December. Pittsburgh incurred the largest rate drop in rental rates of -1.9 percent, followed by Houston at -1.5 percent, and finally Virginia Beach with a -1.1 percent decrease in rent.

The relatively flat growth in rental rates, Zillow notes, can be attributed to the attractiveness of both home prices and mortgage rates, which swayed many buyers to purchase a home rather than rent an apartment or a multifamily unit. However, as home prices continue to rise in price and mortgage rates likewise increase, individuals may begin to look at renting as the more viable option.

“At the end of 2016, home values were up nearly 7 percent from the year before, while rents were essentially the same as they had been a year earlier," stated Zillow Chief Economist Svenja Gudell. "As older millennials look to become homeowners, short inventory and rapidly rising home values will remain a challenge in 2017. However, the rent slowdown brings good news for renters, easing the pressure to escape the rental market and turn to homeownership.”