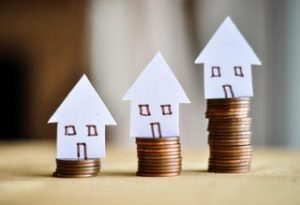 The city that finally lands the deal for online retail giant Amazon’s second headquarters could already be a hot housing market according to an analysis released by property information, analytics, and data solutions provider CoreLogic.

The analysis indicated that of the 19 cities in the U.S. that are being considered by Amazon, 10 are overvalued. Amazon is also considering Toronto, in Ontario, Canada as a potential city.

Leading the list of overvalued cities are Denver, Colorado and Nashville, Tennessee. Both these cities have shown home price increases of more than 8 percent in recent months according to the analysis. Other cities that join them include Austin, Texas; Dallas, Texas; Los Angeles, California; Miami, Florida; Montgomery County, Maryland; New York City, New York; Northern Virginia, Virginia; and Washington D.C.

The housing situation will play an important part for Amazon in choosing its headquarters. “Some of the contenders have home price increases that are trending higher than the national average of 6 percent and our research indicates these markets are overvalued right now,” said Dr. Frank Nothaft Chief Economist at CoreLogic. “A job creator like Amazon could add to the housing demand and further increase the price of homes in these markets.”

The analysis found that of the 19 markets, only Indianapolis, Indiana and Pittsburgh, Pennsylvania were undervalued while cities like Atlanta, Georgia; Chicago, Illinois; Boston, Massachusetts; Columbus, Ohio; Newark, New Jersey; Philadelphia, Pennsylvania; and Raleigh, North Carolina; were within the normal range within the national average of 6 percent.

Previous: How Will a Government Shutdown Affect the Mortgage Industry?
Next: First Foundation Bank Partners With Fiserv for Digital Solutions