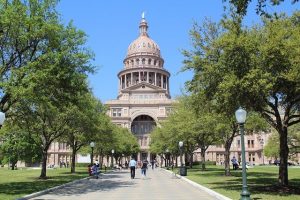 Texas’ capital city of Austin is in the housing data spotlight, with two separate reports highlighting its growing appeal among homebuyers.

Austin has become the most popular destination among homebuyers migrating out of state, according to new data from Redfin. During the fourth quarter of 2020, nearly 43% of home searches in Austin were by people relocating from out of town, up from 32.5% a year earlier. This marked the first time that Austin topped the list of most popular relocation destinations since Redfin began tracking migration patterns in 2017, and its newfound popularity was attributed to remote workers from coastal metro areas (particularly San Francisco) who were seeking affordability and vibrant quality of life.

Las Vegas, Phoenix, Sacramento, and Dallas rounded out Redfin’s top five list of popular relocation destinations. During the fourth quarter, Redfin determined that 30.3% of its website’s users looked to move to a different metro area, up from 29.2% in the third quarter and up from 26.2% in the fourth quarter of 2019; this was also the highest share Redfin ever recorded.

Separately, Austin was forecast to become the nation's hottest housing market in 2021, according to the latest Zillow Home Price Expectations Survey sponsored by Zillow and conducted quarterly by Pulsenomics LLC.

The survey—which polled a large panel of economists, investment strategists, and real estate experts—was heavily skewered in Austin’s favor, with 84% of respondents predicting it would
outperform the national average, with only 9 insisting would fare worse. Phoenix came in second in the survey with a 69% favorable rating, followed by Nashville (67%), Tampa (60%), and Denver (56%). Zillow also noted that page views on its for-sale listings in Austin by out-of-town searchers soared by 87% year-over-year during November.

This is the second consecutive year that Zillow’s survey predicted Austin would be the hottest market in the nation. By mid-December, the median list price for homes in the Austin metropolitan area was up 23.6% year-over-year, marking the greatest price spike among the 50 largest metro markets.