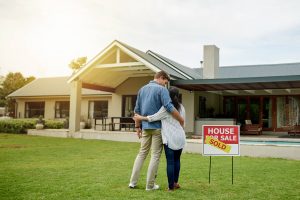 For the month of December, First American updated its proprietary Potential Home Sales Model to show that:

The market for existing home sales outperformed its potential by 10.4% or an estimated 662,000 sales, whereas the market performance gap increased by an estimated 96,000 sales between November and December 2021.

Existing-home sales report from the National Association of Realtors for November 2021 showed the increase in home sales was at its strongest at the upper end of the market. As sales of homes priced at more than $1 million jumped over 50% nationally, followed closely by homes in the $750,000 to the $1 million range, which increased 37%.

Fleming touched on the final Potential Home Sales Model report of 2021, which revealed market potential ended the year strong. “The strength of the housing market is not surprising given the ongoing wave of millennial demand propelled by historically low rates and greater geographic flexibility due to work-from-home arrangements,” said Fleming.

“The shortage of homes for sale and the increase in house price appreciation is problematic for potential first-time home buyers, who tend to be younger and do not have the equity from the sale of an existing home to bring to the closing table. Existing homeowners can use the equity from the sale of their current home to purchase a bigger or better home, if they can find one they want,” said Fleming.

“Rapid house price appreciation and its differing impact on existing and first-time home buyers will persist until the supply and demand imbalance improves. In the game of housing musical chairs, it’s clear the housing market needs more chairs.”

The next Potential Home Sales Model will be released on February 16, 2022 with January 2022 data.

Affordability Hotspots Can Still Be Found in Current Market