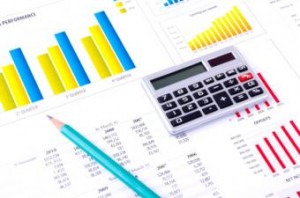 A recent survey of realtors found that more than half of them expect to see an increase in home sales in 2017 and nearly three-quarters of them expect already-high demand for single-family homes to increase.

TD Bank’s Triple Play Conference Survey of 135 realtors, conducted in Atlantic City in December, showed that while 55 percent of realtors polled said they expect home sales to increase this year and 70 percent said they single-family homes will be the category with the most demand in 2017, realtors still have their concerns in the housing market—namely inventory and mortgage qualification. Approximately 45 percent of realtors surveyed said their biggest concern in the homebuying market in 2017 was inventory, while 29 percent said getting buyers to qualify for a mortgage was their biggest worry. Adding to that, 26 percent of realtors said that affordability was the thing that worried them the most.

“Inventory concerns revolve around price points and are market specific. From an industry perspective, inventory is continuing to hit the market, the economy is doing well, interest rates are still near historic lows, and lenders are offering more low down payment programs,” said Ray Rodriguez, Regional Mortgage Sales Manager at TD Bank. “For example, the Fannie Mae HomeReady product that hit the market late last year that offers up to 97 percent loan to value on single family and condo purchases, a credit score requirement as low as 620 with DU approval, and no income limits in low-to-moderate areas, among many other great features.”

Nearly half (44 percent) of realtors surveyed said the technology that they believe will most influence homebuying in 2017 is online marketplaces such as Realtor.com, Zillow, or Trulia. About 37 percent said social media would be the technology that influenced homebuying the most this year, and 18 percent said they thought it would be mobile apps.

The thing most realtors said keeps their buyers up at night during the homebuying process was confusion around the required paperwork (32 percent).