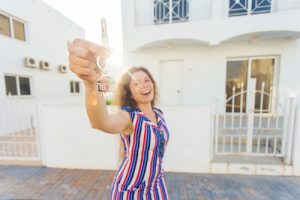 A study from the Yale School of Management of more than 50 million housing transactions found on average, single women buying houses for 2% more than single men but sell them for 2%.

“Women are losing about $1,370 per year relative to men because they tend to buy the same house at a higher price and sell for a lower price,” said Kelly Shue, a finance professor at the Yale School of Management, during a podcast with NPR.

The report used data from CoreLogic covering 50 million housing transactions and property listings across the U.S. from 1991 to 2017.

According to Shue, women who make low offers are treated differently than men who make the same offer.

“It is an unfortunate consequence of perhaps our culture and the fact that we may expect that women are more willing to share the pie and share the surplus from negotiation,” she said.

Shue added that the study found the largest discounts tend to occur when it’s a female seller and a male buyer.

Sally Herships of NPR said Shue, and her co-author Paul Goldsmith-Pinkham, accounted for factors such as education, income age, type of home, listing agent, and ethnicity.

“Women on average do better when they are transacting with other women,” Shue said.

The National Association of Realtors reported in late 2018 that single female buyers made up 18% of the overall homebuyer demographics and came second to the most common demographic of married couples (63%).

While single male buyers came in at only 9 percent, the survey found that they were likely to purchase a more expensive home compared to their female counterparts.

Single males were more likely to purchase homes with a median price of $215,000 compared with single female homebuyers whose budget was more likely to hover around the $189,000 range.