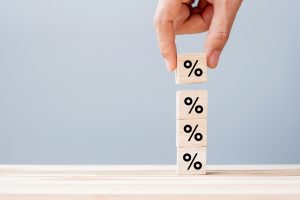 Mortgage rates continued to climb for the second consecutive week, as the latest Primary Mortgage Market Survey (PMMS) from Freddie Mac found the 30-year fixed-rate mortgage (FRM) averaging 3.56% with an average 0.7 point for the week ending January 20, 2022. This was up from last week when it averaged 3.45%. Year-over-year, the 30-year FRM averaged 2.77%. 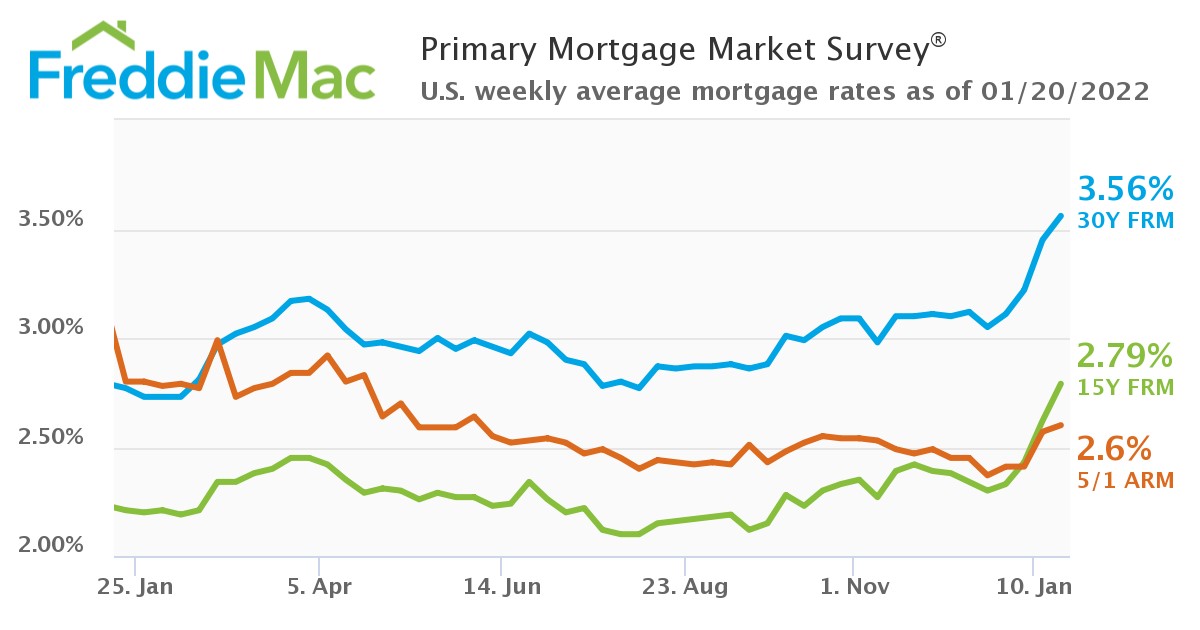 A lack of housing inventory drove the market down in December, as Redfin reported seasonal home sales down 3.6% month-over-month, the largest sales decline since May of 2020. And while sales were down, home prices rose 15% year-over-year in December, the 17th consecutive month of double-digit increases. Median sale prices increased from a year earlier in all but one of the 88 largest metro areas Redfin tracks. The only metro area with a decrease was Bridgeport, Connecticut, where home prices fell 0.4% from a year earlier following a 28% year-over-year increase in December 2020.

As affordability issues continue, as well as a spike in home prices compounded by inflationary concerns, more Americans are racing to the closing table. This week, the Mortgage Bankers Association (MBA) found mortgage application volume rising 2.3% week-over-week for the week ending January 14, 2022. The rise is apps was due not to the refi side, but on the strength of purchase applications. The refi share of mortgage activity decreased to 60.3% of total applications, down from 64.1% the previous week.

Unemployment grew slightly this week, as the U.S. Department of Labor (DOL) reported that for the week ending January 15, the advance figure for seasonally adjusted initial unemployment claims was 286,000, an increase of 55,000 from the previous week's revised level. The advance seasonally adjusted insured unemployment rate was 1.2% for the week ending January 8, an increase of 0.1 percentage point from the previous week's unrevised rate.

“Homebuyers remain active in today’s markets, despite the winter’s cold weather and snow storms, seeking to take advantage of current rates before they rise even higher," said Realtor.com Manager of Economic Research George Ratiu. "The unseasonably strong demand, combined with many sellers taking a break during the holidays, is keeping prices high. On a positive note, construction of new homes picked up speed at the tail end of 2021, and there are signs that builders will maintain a solid pace throughout the year. Housing markets are in clear need of a significant influx of new homes to meet the growing needs of buyers. Looking to the year ahead, however, housing markets will contend with headwinds, including rising lumber prices, inflation, and the continued issue that there are just not enough homes available. In addition, higher mortgage rates will squeeze many first-time buyers’ budgets. At today’s rate, the buyer of a median-priced home is paying about $190 more on a monthly payment compared with a year ago.”

The National Association of Home Builders (NAHB) recently found that, over the past four months, lumber prices have nearly tripled, forcing the price of an average new single-family home to rise by more than $18,600. Meanwhile, Random Lengths—a firm that gauges price behaviors in the U.S. framing lumber market—reported that as of December 29, 2021, the price of framing lumber topped $1,000 per thousand board feet—a 167% increase since late August.