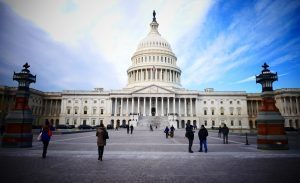 As day three of the government shutdown begins, the concern about its impact on mortgage lending grows.

As previously reported, if the government doesn’t find a resolution quickly, the shutdown is likely to affect the industry in three major ways: FHA and VA mortgage loan originations could be impacted due to government workers not being in office; loan applications will be held up if lenders can’t obtain verification of social security numbers; and mortgage firms won’t be able to process loans if the IRS is not available to verify borrowers’ tax returns, effectively creating a backlog when the government eventually re-opens.

"It's going to take a little longer to get those loans funded," Kelly Decker with First United Bank Mortgage told NBC, referencing lenders not being able to obtain IRS data due to the shutdown. "[If the homebuyer] had planned on moving trucks showing up on the last day of the month, it might mean they have to wait maybe another three, four, five days, depending on how long the shutdown takes," Decker said.

As companies brace themselves for what a prolonged shutdown could mean, Ginnie Mae announced on Sunday that its operations will continue despite the shutdown. In a press statement the Ginnie Mae insured investors that:

During a lapse in government funding, Ginnie Mae will reduce staffing to essential personnel levels. Importantly, Ginnie Mae will continue to remit timely payment of principal and interest to investors. There will also be no disruption of essential functions like the granting of commitment authority and support for continued issuance of Ginnie Mae-guaranteed Mortgage Backed Securities (MBS) and REMICs.

Many are looking to the 2013 shutdown for guidance. But the fundamental changes to the industry in the past five years may mean we are in unknown territory. To learn the full impacts of a prolonged shutdown, the 2013 shutdown, which lasted 16 days, can be a guide, however other changes in the market will impact the total cost of the current shutdown.

The Senate is scheduled to vote at noon today on a resolution that if passed would extend the budget until February 8.