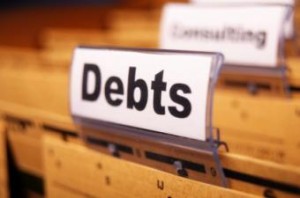 Multiple sources say that the Consumer Financial Protection Bureau intends to revise its qualified mortgage definition, moving away from a debt-to-income ratio, and adopt new testing.

The CFPB has also indicated it may extend—for a short period—the temporary QM status for loans eligible for purchase by Fannie Mae or Freddie Mac.

CFPB Director Kathy Kraninger told Congress of the agency’s plan for its QM rulemaking, which is expected sometime in Spring.

Last July, the CFPB issued an advance notice of proposed rulemaking to begin addressing the expiration of the QM Patch, which expires January 2021.

Over the past five years, the Patch has resulted in a significant presence by the GSEs in connection to higher-DTI loans (loans over 43%).

The CFPB has said it would allow for a smooth transition for the expiration of the QM Patch.

In the December issue of MReport, Ken Markinson, Of Counsel at Weiner Brodsky Kider, that the CFPB announced in July 2019 that it would allow the “Temporary GSE QM” or “PAtch” to expire at the beginning of 2021.

Markinson states that since the rule’s implementation, mortgage lending has been overwhelmingly confined to the origination of QM loans.

According to the Urban Institute, which admits estimates of the non-QM market are difficult to make, non-QM originations in 2018 were $20 to $30 billion of $1.8 trillion total originations.

The Bureau cited there were around six million closed-end first-lien residential mortgage loans in the U.S. in 2018, of which 52% (3.12 million) were purchased or guaranteed by the GSEs.

Of these loans, approximately one-third of GSE loans or one-sixth of all QM loans had a DTI greater than 43%.

Reportedly, a large proportion of these above—43% DTI loans are loans to low and moderate-income and minority borrowers.

“It appears that while filling the Patch’s shoes will be challenging, it may prove to be the best course if the Patch expires so the mortgage market can continue to serve the range of borrowers served today,” Markinson said.

“The Ability-to-Repay (ATR) rule in the Dodd-Frank Wall Street Reform and Consumer Protection Act is one of the most important consumer safeguards in the legislation, and the Bureau’s regulations to promulgate and execute it will directly affect access to safe and affordable mortgage finance credit. We all agree that maintaining access to affordable and sustainable mortgage credit should be a key objective of the Bureau’s revised rulemaking,” the letter states.

In its letters, the coalition supports the continued use of a “modified debt-to-income” ratio in conjunction with certain compensating factors, which could be used in the underwriting process and would provide guidance to creditors and “significant changes” to Appendix Q to rely on more flexible and dynamic standards for calculating income and debt.

Additionally, more than 90% of respondents said they are already seeing buyers return to the market and feel some never left.