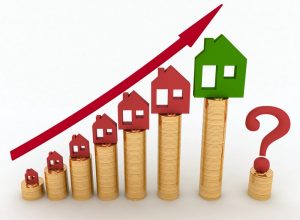 Average monthly listed rents in the U.S. increased 14.1% year over year to $1,877 in December, according to a new report from Redfin. This was the largest annual jump since at least February 2019, the earliest month in Redfin’s rental data.

“The growth in mortgage payments has been driven by both climbing prices and climbing mortgage rates,” said Redfin Chief Economist Daryl Fairweather. “Those rising mortgage costs push more potential homebuyers into renting instead, which pushes up demand and prices for rentals. Mortgage rate increases are accelerating, which will cause both mortgage payments and rent to grow throughout 2022.”

The 10 metro areas with the biggest increases in rent prices found themselves up 29% year-over-year or more, and they were almost exclusively on the East Coast. The only exceptions were Austin and Portland, Oregon.

Rents are up over 30% in major metro areas, while rent price increases outpaced year-over-year mortgage payment increases for new homebuyers in just 16 of the 50 largest U.S. metro areas in December. Only one metro area saw rents fall in December from the same month a year earlier. Rents declined 0.8% in Kansas City, Missouri.

To read the full report, including charts, additional data, and methodology, click here.