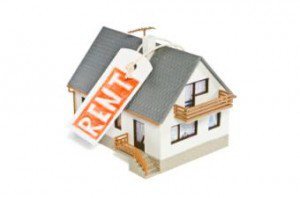 In a recent announcement, Amazon released its candidate list of cities for its second headquarters location or HQ2.

According to Amazon, the direct hiring and investment, construction, and ongoing operation of Amazon HQ2 are expected to create tens of thousands of additional jobs and tens of billions of dollars in additional investment in the surrounding community—that increase in jobs and investment could bring widespread and lasting economic growth to their regions.

In light of this, Apartment List released an analysis to discover how the new Amazon headquarters will impact the housing market in the metro it moves to.

“No matter which city is chosen, the influx of 50,000 high-paid Amazon workers and 66,250 supplementary workers over a ten-year period will put pressure on local housing markets, driving up rent and home prices,” the report notes.

Apartment List’s analysis leverages data from the U.S. Census and Bureau of Labor Statistics to determine how much new housing a metro can build, the amount of slack in the housing market, and the impact of an influx of high-wage workers.

While all of the metros analyzed would essentially experience some type of rental housing growth from the Amazon HQ2—the difference is in the amount of growth that could occur.

Particularly, the report projects that Raleigh, North Carolina, Columbus, Ohio, Indianapolis, Pittsburgh and Nashville, Tennessee, will experience the rent increase the most, with additional annual rent growth between 1.2 percent and 2 percent. Meanwhile, the impact will be smaller in metros with large housing stocks such as Washington, D.C., Los Angeles, Dallas and New York, with additional annual rent growth projected at or below 0.5 percent a year.

“In Seattle, home of the company’s current headquarters, the influx of high-paid Amazon employees has coincided with rent increases that outpace almost all other U.S. cities and the fastest growth rate in home prices nationwide," the report added.

With so much change in the rental housing space, it is crucial for investors and housing professionals to stay up-to-date on the latest market trends—the single-family rental market is an investment landscape that offers an opportunity for many in a marketplace that has often been misunderstood.

Navigating this dynamic terrain takes careful planning and strategic partnerships. The 2018 Five Star Single-Family Rental Summit provides an important conduit for SFR leaders to have the important conversations that will push this industry forward.

The 2018 Five Star Single-Family Rental Summit begins March 19th and continues through March 21st at the Renaissance Nashville Hotel in Nashville, Tennessee to discuss the investment opportunities abound in this expanding market.