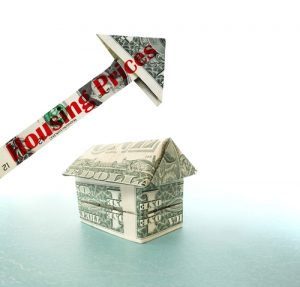 Home prices in the U.S. can expect a modest slowdown in 2018, according to Fitch Ratings’ Global Housing Mortgage Outlook released on Monday. The outlook forecasts a slowdown of 5 percent in U.S. price growth and indicated that the U.S. housing market remains stable despite several cities in the West being overvalued. According to the report, these cities are likely to experience slower growth or modest correction.

The report indicated that prices in California, Arizona, Nevada, and Washington had increased 50 percent since 2012, while average prices in New York, New Jersey, and Massachusetts were up less than half that figure over the same period.

Despite these increases, affordability in most areas of the U.S. remains strong by historical standards, the report said. Additionally, the U.S. price-to-income ratio was near the 25-year average, although an increase in mortgage rates and a potential revision to the tax treatment for mortgage interest deductions could put negative pressure on affordability.

In terms of mortgage banking, the report noted that Non-bank lenders (NBL) in the U.S., were among six of the top 10 lenders by volume because of more flexible credit standards.

Globally, the report indicated that lenders could face pressure to relax their origination standards since long-term fixed-rate loans are less exposed to increasing rates, but fewer re-financings mean lower lending volumes. The report also indicated that national house prices would rise this year in 19 of 22 markets studied by Fitch, but growth was expected to be slow in most markets as risks grew on the prospect of gradually rising mortgage rates comes into view this year. The report noted that Norway, Greece, and the UK were the only countries not expected to see price rises this year.

“Arrears are at very low levels in most markets. They will only move in one direction as mortgage rates rise slowly due to higher policy rates and more expensive bank funding from the gradual unwinding of quantitative easing. Floating-rate loans and borrowers refinancing to new rates will be first affected,” said Suzanne Albers, Senior Director, Structured Finance at Fitch Ratings.

The report indicated that in 2018, a combination of factors would be needed to constrain house price rises that have gone beyond market fundamentals and are primarily due to buyers' expectations for further growth.