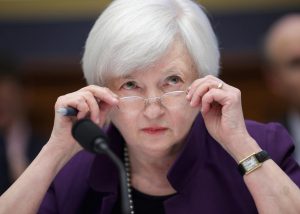 Confirmation hearings for incoming Secretary of the Treasury Janet Yellen began this past week. What might the new appointee mean for mortgage rates, which are now at an all-time low? Next Advisor, in partnership with Time.com, consulted with several economists in an attempt to answer that question.

Next Advisor's Jason Stauffer concluded that Yellen’s policies will probably boost the economy and push inflation upward, but he says none of the experts he spoke with are expecting major rises in mortgage rates in 2021.

“Even if we see some inflation as we get out of the pandemic, as people start to spend more money, I think the Federal Reserve is going to be hesitant to raise interest rates,” Redfin's Chief Economist Daryl Fairweather told Stauffer.

“Without further action, we risk a longer, more painful recession now and longer-term scarring of the economy later,” Yellen said in a video statement related to Biden's stimulus proposal.

"The government spending, coupled with the high likelihood of more to come, should give a boost to the sagging economy, and could increase inflationary pressures," Stauffer noted. "Bond market investors responded to the expectation of increased government spending, which is part of the reason Treasury yields recently jumped to 1% for the first time since March last year.

Lawrence Yun, Chief Economist with the National Association of Realtors told Next Advisor that “Janet Yellen has always been more focused on trying to reduce unemployment, even if it means slightly higher inflation.”

Factors that affect the 10-year Treasury bond yields are the same that impact 30-year mortgage rates. The two have historically moved "in tandem," according to the piece.  However, the spread between the Treasury yields and mortgage rates was higher than usual throughout most of the pandemic.

Still, according to Zillow's Matthew Speakman, if bond yields increase, mortgage rates would also increase. "A spike is not inevitable,” he added. ”There’s still a lot of uncertainty in the economy regarding the factors that impact rates.”

Fairweather adds that it is easy — when forecasting the trajectory of mortgage rates — to forget about the human element.

“Expectations about rates matter," she tells Stauffer. "If investors believe that rates will stay low, that can be a self-fulfilling prophecy. Over the last 20 years, rates have been falling and it seems like not just in the U.S., but globally, we’re in a low-rate environment.”