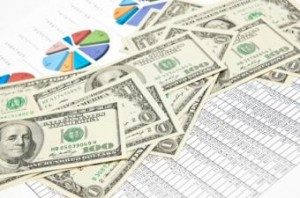 The new administration spurred a surge in optimism among non-homeowning millennials for the housing market this year, according to the latest quarterly Modern Homebuyer Survey for ValueInsured released Wednesday.

The first Modern Homebuyer Survey released post-inauguration revealed that 69 percent of Americans believe that 2017 will be a better year for the housing market than last year, according to ValueInsured.

Whereas the previous Modern Homebuyer Survey released in October found millennials largely hesitant to become homeowners, the latest poll found a renewed optimism prevailing in that group despite mortgage rates surging to a two-year high in January. ValueInsured’s Housing Confidence, reflecting seven housing confidence measures from the Homebuyer Survey, reported an increase of 5 points among non-homeowning millennials (up to 61.3).

The down payment, which has been shown in many studies to be one of the greatest obstacles to achieving homeownership, may be less of an issue in 2017, or at least prospective homebuyers believe it will. Nearly half (44 percent) of millennials said they were confident they could afford a down payment, an increase of 6 percentage points from the previous Modern Homebuyer Survey. Approximately 41 percent of millennials said they believe it will be easier to buy a home in 2017, ValueInsured reported. Nearly eight in 10 of those polled said they believe owning is better than renting (78 percent) and that homeownership is part of the American Dream (79 percent).

“I recommend Americans, especially first-time buyers, absolutely pursue their dream of owning a home,” said Joe Melendez, CEO of ValueInsured. “But it’s up to us as an industry to help make them feel more confident in doing so, and that starts with us giving them greater certainty by protecting their down payments.”

The surge in confidence among non-homeowning millennials, combined with other industry reports, suggests that eager first-time buyers will drive the housing market this year, according to ValueInsured. The 2016 Profile of Homebuyers and Sellers from the National Association of Realtors, released late last year, showed the annual first-time buyer share to be greater than one-third (35 percent).