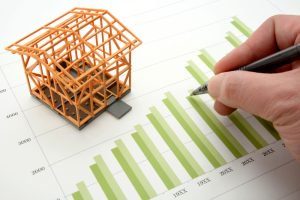 New home sales were up in 2017, according to newly released data from the U.S. Census Bureau and the U.S. Department of Housing and Urban Development. Not only did they jump about 8 percent across the entire year, but December alone marked a 14-percent rise from one year prior.

According to HUD and the Census Bureau’s latest New Residential Sales report, about 625,000 new single-family homes sold in December 2017—up from 2016’s 548,000. Over the year, new home sales rose 8.3 percent compared to 2016. This marks the fifth consecutive year sales on new residential properties have risen.

It seems inventory problems may be easing as well—at least on new homes. The months’ supply rose from 5.6 in December 2016 to 5.7 last month. In November, there was a supply of just 4.9 months.

As of the close of December, there were about 295,000 new homes still on the market.

By region, the most new homes were sold in the South and West. The Northeast markets had the fewest new home sales across 2017. Still, the area saw sales jump 24 percent year-over-year. New home sales in the West jumped 14.3 percent over the year.

To view the full New Residential Sales report, visit Census.gov. The next report will be released on February 26.