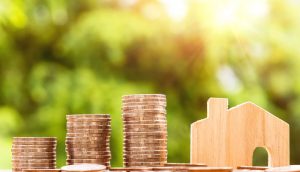 While low supply has been a large driver of higher real estate prices, there’s another party at play—out-of-towners. Redfin [1] reports that in 31 of 34 major cities, incoming transplants and their higher budgets are making it difficult for locals to compete.

The most drastic difference between budgets exists in Nashville, where out-of-towners coming in have budgets that are 48% higher than local buyers. In other words, locals have an average of $485,500 to spend on a home, and people moving to Nashville have $719,500 to invest.

Atlanta is seeing its share of bigger budgets, too. Out-of-towners migrating to this Georgia hotspot have an average budget of $698,000, which is 33% higher than those already living in the Atlanta area.

Austin is next on the list. With an average of $852,000, out-of-towners have 32% more to spend on a home than those already living in Austin.

“My nickname for Austin is Texa-fornia because so many people are moving in from California,” said Sabrina Archolecas, senior asset manager for the Texas branch of RedfinNow, Redfin’s iBuying business. “People moving in from other parts of the country are making the market incredibly competitive and driving up prices like agents have never seen. One recent four-bedroom, 3,200-square-foot listing in Austin had 16 offers in one weekend; the list price was $575,000 and it sold for $638,000.”

“Local homeowners are pleased with the increase in their property values, but they aren’t always able to capitalize on it because they can’t afford to buy in the same hot market,” Estes said. “Meanwhile, people moving in from Los Angeles tend to think $700,000 is inexpensive, and they’re shocked they can afford a 3,000-square-foot home with beautiful finishes for that price.”