Can Low-Income Buyers Overcome the Down Payment Hurdle? 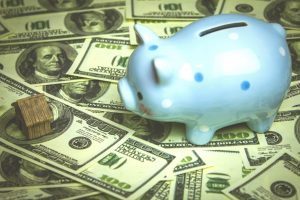 Do all homebuyers need a lot of skin in the game? That’s a question the Urban Institute asked, trying to find out whether buyers really need a large downpayment to buy a house.

Turns out, the answer is, maybe not. A new Urban Institute study of New Mexico-based homeownership support nonprofit Homewise suggests there could be an alternative‒‒and sustainable‒‒way to buy even if the buyer doesn’t have a large downpayment at the ready.

For sure, the study states, low- and moderate- income households still need adequate savings, low levels of debt, good creditworthiness, and a steady source of income if they want to move from renting to buying. But the Homewise model, seems to fly in the face of mortgage logic. Or at least mortgage expectations.

The model works like this: Homewise offered two mortgage packages, for 80 and 18 percent of a home’s value, respectively. The agency then resells the higher mortgage on the secondary market to raise capital for additional clients. But it holds on to the riskier second mortgage so that the client pays only a 2 percent down payment, while still eliminating the need for mortgage insurance. The agency services both loans, to monitor loan performance on each and intervene early if there is a problem.

Where the approach counters the expected is, keeping the riskier loan is not causing problems for Homewise. The study found that  the “riskier” borrowers pay their loans just as well as anyone else; maybe better.

“They actually have lower delinquency rates than similar households buying apart from the program,” the Urban Institute stated.

The Urban Institute stated that the reason for the lower delinquencies at Homewise is most likely due to the fact that the company doesn’t pick fights it can’t win. In other words, Homewise makes it a point to fit homes to budgets, without the additional monthly costs of private mortgage insurance.

“The terms of the loans provided by Homewise are preferable to the terms of the piggyback loans that were common during the housing bubble,” the study reported. “Those loans usually required an 80-10-10 split rather than the 80-18-2 split (which Homewise provides), and they often required the purchaser to pay closing costs on both loans.”

This, the report stated, means Homewise eliminates the need to pay double for things like origination fees and any other fees the lender charged.

The Institute sees the Homewise model as “an opportunity to break the wealth gap cycle” in home purchases. It also sees it as a way to reduce the race gap in homeownership.

Compared to white buyers, black homebuyers in particular tend to have less wealth, according to a Stanford University study. That typically means lower credit scores as well. But the Urban Institute stated that the Homewise model could be a bridge to homeownership for families traditionally marginalized by the mortgage industry.

Previous: U.S. Housing Has Regained $9 Trillion, But Not Evenly
Next: Living it Up: High Demand Fuels Luxury Home Prices