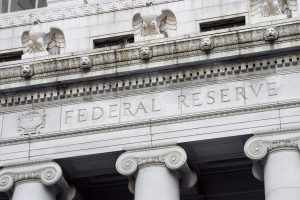 The Federal Open Market Committee (FOMC) concluded its two-day meeting Wednesday, and decided not to raise the Fed Funds Rate for the time being.

Citing solid job gains and a decline in the unemployment rate, the FOMC decided to keep the target range for the federal funds rate at 0 to 1/4 percent.

“With inflation well above 2%, and a strong labor market, the Committee expects it will soon be appropriate to raise the target range for the federal funds rate,” said the FOMC in a statement. “The Committee decided to continue to reduce the monthly pace of its net asset purchases, bringing them to an end in early March.”

“The Federal Reserve's ongoing purchases and holdings of securities will continue to foster smooth market functioning and accommodative financial conditions, thereby supporting the flow of credit to households and businesses,” said the FOMC.

The rise in mortgage rates last week is now forcing many out of the market, as this week, the Mortgage Bankers Association (MBA) reports that overall application volume dropped 7.1% week-over-week.

“Today’s clear signal from the Federal Reserve that they will hike rates in March was no surprise, given the strong job market and inflation well above the 2% target,” said MBA SVP and Chief Economist Mike Fratantoni. “Similarly, the Fed’s move to quickly end any further growth to their balance sheet, thereby reducing accommodation at the longer end of the yield curve, also makes sense given the evolution of the economy.

FOMC notes that the path of the economy continues to depend on the course of the pandemic and its Omicron variant. Progress on vaccinations and an easing of supply constraints are expected to support continued gains in economic activity and employment, as well as a reduction in inflation.

“The news today was the release of principles regarding how the Fed will think about moving from their current almost $9 trillion balance sheet to a smaller portfolio over time,” said Fratantoni. “While the experience shrinking the balance sheet in the last cycle was instructive, we do expect that the Fed will move to begin allowing runoff more quickly this time and at a faster pace once it starts. Finally, the principle that they would like to return to a balance sheet that is primarily Treasuries at some point hints at some additional pressure on MBS yields over the medium term.”

In assessing the appropriate stance of monetary policy, the FOMC will continue to monitor the implications of incoming information for the economic outlook. The FOMC’s assessments will take into account a wide range of information, including readings on public health, labor market conditions, inflation pressures and inflation expectations, and financial and international developments.

Previous: Record-Low Mortgage Rates Steer Housing Demand
Next: Rents on the Rise: What Does 2022 Hold?